Netflix is awesome. I watch it everyday, and while the selection is dated–it’s still pretty good.

If you needed proof for just how good it is–32% of all internet traffic in the US, belongs to Netflix. There’s two problems though. First, it isn’t free, and cost about Rm30 month. Not really and issue since Rm30 on Netflix gets you a lot more content than the RM100+ you spend on Astro.

The second problem is that it’s not available in Malaysia. So even if you were willing to pay the cash, you couldn’t get Netflix streamed to your home–until now that is. So here’s 3 ways to stream Netflix, BBC iPlayer and even DramaFever (for the k-drama fans out there) to your home in Malaysia. 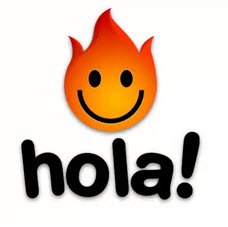 Warning: Hola Unblocker actually sells your internet connection as an exit point on it’s paid VPN service luminati. By installing Hola on your PC, you’re agreeing to allow Hola to sell your exit point (and IP address) for someone else to use–making it seem like all their traffic originated from YOUR IP address. For this reason I cannot support Hola anymore and you shouldn’t either. My advice is to fork out the money (USD 39.99/month) to buy Privateinternetaccess which is the next recommended option. 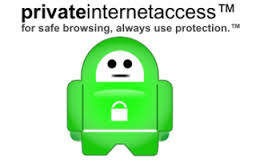 The method I use is a paid for VPN which cost around Rm130/year. The VPN I use is privateinternetaccess, and I wrote a post on why I chose them.

Paid options come with benefits. Firstly they’re inherently more secure, Hola only promises to encrypt ‘some’ of your traffic, but a paid-VPN will encrypt it all. Also they use openVPN which is a well known standard and considered secure. Finally the paid VPN allows for connectivity from my iPad, iPhone and even android device on top of the regular PC and Mac connections.

So for Rm130/year, I get a more secure and iPad friendly version of Hola. The Paid version of Hola cost nearly Rm180/year and still doesn’t provide the encryption that privateinternetaccess gives you.

The downside is PrivateInternetAccess only provides a handful of exit nodes, which means if you wouldn’t be able to access content in China since it doesn’t have a Chinese exit point. Which probably explains it’s much lower pricepoint as compared to other VPN providers. It also doesn’t work with Hulu since Hulu blocks anonymizing services. This is an issue with all VPNs and geo-unblocking services, except Hola.

The final method on the list is the first method I used--UnoDNS.

Unlike a VPN or Hola, UnoDNS only works on specific sites, and works only as a proxy and doesn’t provide any additional encryption. You could argue that since they only give access to content sites–encryption isn’t strictly necessary. Although I would consider this a less useful option.

UnoDNS operates by installing an application on your desktop which then changes the DNS server of your connection. Once it detects you trying to access Netflix, it’ll re-direct your traffic to its own servers for proxying. Quite complicated but it works, and at Rm15/month is also quite expensive.

The Method you shouldn’t use: TOR

Also TOR won’t guarantee a US exit node, so it won’t work 100% of the time, and even if you are a cheapskate, Hola is a better option for the same free price point.

There’s a lot of demand for Netflix in Malaysia, and I’m willing to PAY–so that I can PAY to watch Netflix. That doesn’t make sense to me, but that’s the way silly copyright works. If you’re like most Malaysians and want to watch Netflix, any one of these 3 options would work–but I obviously recommend option 2. Trust me, once you realize how good paid services are online, you’ll wish you started using them from the start. However, if you wanted to watch Hulu, you’ll be left with just HolaUnblocker. I’m not sure if UnoDNS works with Hulu.

1. You can use your Maybank Amex card to pay for Netflix, I use it and it works fine.

2. You can stream the content quite easily with your 5Mbps Unifi connection.

3. For 4K content, Netflix recommend a 15Mbps connection. Which means the 20Mbps connection from Unifi should be sufficient for your viewing pleasure. By the way, breaking bad is available in 4K already–so binge away.

Let me know which option you use and which is your favorite in the comments.