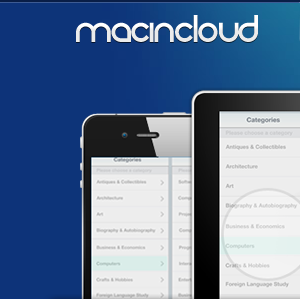 So you want to develop an iOS application for your iPhone or iPad.

Thinking of being the next big app to hit the appstore.

Only one problem, developing applications for the iPhone and iPad require a Mac or more specifically a machine running Mac OS X. It could be you actually own a Mac, you could go and buy yourself an RM1800 Mac Mini, or you could try a hackintosh, although just creating a hackintosh would be a small project in itself.

Now Hackintosh is actually way beyond the scope of this article, so rest assured I’m not asking you to do anything ridiculously technical or suspiciously illegal. (although those are my favorite type of things to do)

If you’re reading this though, chances are you have a windows PC at home, or even Ubuntu, that’s quite standard and sufficient if you wish to develop Android apps, and they rake in money too.

iOS apps however, are a different beast all together and require a Mac OS X device, which is pretty easy to purchase in Malaysia, but they don’t come cheap. You may want to think hard before plunking down an extra 2-3 thousand ringgit just to ‘try’ your hand at app development. Just like you wouldn’t want to buy 3 year subscription to your neighborhood gym only to go 5 times in the first month — and then never again!

Have no fear though, there is a solution for you ‘try’ at a far cheaper price than the 2-3 thousand price tag Apple Devices carry. It’s called MacinCloud (the name itself is clever twist on the Macintosh)

MacinCloud  is an Cloud Computing platform for Mac Devices. Traditionally, you’d get either Windows or Linux machines on the cloud, and you can buy them cheap of Amazon, Softlayer and rackspace. However, if you wanted OS X in the cloud, you’d need Mac Servers, and from my 5 minutes googling only one name consistently crops up — MacinCloud .(que thunderous applause!!)

The concept is ridiculously simple, just like a standard cloud machine on Amazon running windows, you have a cloud machine on Mac in the Cloud running Mac OS X. So once you remote logon to your machine, instead of seeing a Linux command line, or a windows desktop you see a Mac OS X machine. They also pre-load their virtual machines genuine Mac servers with “all the tools you would need to start developing apps right away or work on basic Mac programs“. That saves you some overhead time as well, so you get straight into the business of developing the app that’ll get you our of mothers basement and into that penthouse loft you’ve always wanted.

My initial post contained the term virtual machine, but Ted Zhuang the Founder and President of MacinCloud reached out to me stating that MacinCloud does not provide virtualization or sandbox technology, instead he pointed that everything you run on MacinCloud is running on 100% genuine Mac Servers. While even if this were true, I’d expect it to be transparent to users and have almost no bearing on your decision to use them, I believe in full disclosure. Plus, Ted asked really nicely 🙂

With a fast enough connection, like a 10MB or 20MB Unifi line, this could work out quite well, and it has all the benefits of a standard IaaS or SaaS offering.

Well if you’re serious about developing apps long term, buying a machine would be a better solution, however if you just want to ‘test’ the waters, this is undoubtedly one of the better options.

For just USD20, you get 3 hours a day for a whole month. Spend USD49 and get an entire month unlimited access, or you just pluck down USD8 for a daily pass, and all packages come with a free one day pass to get a feel of the service. They have a ton of pricing options you can check out in their website.

Now USD49 (or RM150) rack up pretty quickly to Rm 1800 in a year, that’s roughly the price of the entry level mac mini, but unlike the Mac Mini this one has a few advantages, including:

2) The tools for app development are included in the Mac In the Cloud package, not so from your store bought Mac.

3) You can stop anytime (say after 3 months) and keep a lot of your cash.

4) You can program from anywhere with a good enough internet connection, whether it’s at home, in the office or even at your in-laws. This is actually quite good for smaller startups since buying Mac Books for your developers can be pretty costly, buying cheaper netbooks with cloud connectivity would be a better option (until you launch your million dollar app of course!) that allows developers to work from their own homes over the weekend while you slave drive them into submission.

5) Provides a low cost of entry, so startups or just college students wanting to develop apps can do so without any funding in depreciating hardware 🙂

Of course from a purely price perspective over the long run the cloud may cost more (it always does), if you’re a web development company wanting to try app development for just one client, or you’re just a college student working on your Final Year Thesis, this could be the way to do. Especially since most college students only work on their Thesis 2 weeks before the deadline 🙂

Overall, this is a great way to develop iOS apps on Windows or Linux, without the need of a MAC OS X device.

Are they launching an Asian version?

The email from MacinCloud also had the following interesting bit of news:

In return for your contribution, we would like to give you an exclusive tip for your blog readers regarding our service:

We will soon launch our service in Asia and bring our Mac servers online in our Asian data center. Users from Asian countries such as Malaysia, Indonesia and India will experience a great performance boost. This will happen in about a month.

Personally I’m excited to hear that they’re launching closer to Malaysian shores and can’t wait for them to do. I’ll also be curious to find out whether they have existing subscriptions from this part of the world.

If you’ve used MacinCloud, I’ll be really happy to hear your feedback and how you found their service.

Link: Mac in the Cloud