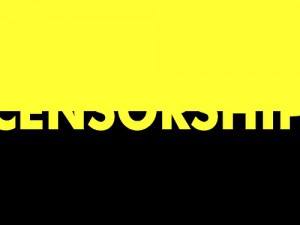 Bernama reported today that The Malaysian Communications and Multimedia Commission  (MCMC or the SKMM) together The Malaysian Islamic Development Department (Jakim) would begin “collaborating to monitor lesbian, gay, bisexual and transsexual (LGBT) activities in the country, particularly on the websites.”

Apart from the usual gung-ho activity of from Jakim, its Director General  Othman Mustapha said “If we find that there are things that are unsuitable on the websites, information would be channeled to the committee for action to be taken,”

Now some of you may know that I contacted the Multimedia Commission some time ago about my Unifi Downtime and to investigate what compensation I could get from a 9 day down time above and beyond the pro-rated cost. In a nutshell their reply was “sorry can’t help you“. It’s quite apparent why they couldn’t help me, they’re busy looking for Gays online.

The question is though, can’t Jakim go and look for the gays themselves, why are they roping in the Multimedia Commision to look for Gays online, haven’t these guys heard of Google? Why in the world, are we now patrolling the internet looking for offensive material? The internet will be a bastion of free speech and will forever be one regardless of what these guys think they can do. However, I do have a terrible pet peeve in this country when we take government agencies to do things they weren’t designed to do.

So first and foremost, the MCMC should not be mis-used by a religious organization to further it’s religious agenda particularly when that agenda involves censorship and content monitoring. That’s just WRONG.

Secondly, what exactly does the MCMC bring to the table? If you’re looking for local content what exactly can the MCMC do that Jakim can’t do on it’s own? Please enlighten me. The MCMC do not own DNS servers, and even if they did, DNS servers are public data, everyone has the same data. The MCMC doesn’t monitor malaysian traffic and it shouldn’t, the internet should not be censored, particularly since Prime Minister Mahathir Mohamad had already promised to NOT censor the internet. So what exactly is MCMC’s role in this ‘collaboration’?

Thirdly, the MCMC can’t even solve my Unifi issue to any degree of acceptable satisfaction, why is it now wasting precious resources on looking for Gays online. This is absolute bull crap, and explains (more than anything else), where we’ve gone wrong in our broadband and communication infrastructure….the same guys looking into the Quality of Service from internet providers are also looking online for Gays and Lesbians. Bravo!

We’re at a crossroads people, not only is internet censorship in Malaysia beginning to ramp up, it’s ramping up fast, and be careful…you could be next!