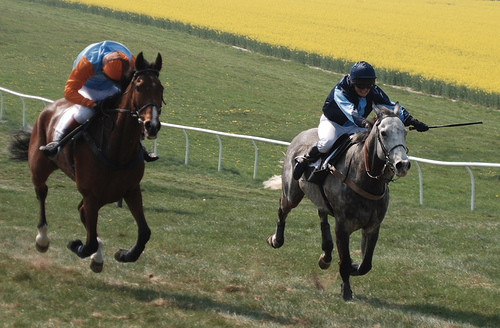 Alright, so my Unifi is back up and running, apparently it was an area wide network issue that caused half my town to experience a Unifi Blackout, I have thus named this debacle, the Great CNY blackout of 2012. I was left 9 days without an internet connection and was forced to reload my Yes Broadband package to go online.

Anyway, with a little credit left on my Yes broadband account, I decided to test out the speeds of Yes against my Unifi connection and see who comes up tops.

Some disclaimers before I continue, I ran this test on a Saturday morning where web-traffic shouldn’t be too high in Malaysia, and I subscribe to the 5Mbps Unifi Package and a standard Yes pre-paid package. I also decided to run 4 test per ISP, and then compare the results. First I tested against 2 local servers (Singapore considered local here), and then 1 test each to the US and Europe. I used speedtest.net and while the results will probably be inconclusive, it’s a good benchmark to use in case you’re wondering whose faster.

The first test I did was test against the local YTL server located in KL.

1) I subscribe to the 5Mbps Unifi package, so it’s unsurprising that my Unifi speeds seem to be around the 4.5 to 5.0 mark.

2) The test was done against a YTL server in KL, and not the TM server in Cyberjaya.

That being said, Yes is really really fast. With a download speed nearly double that of Unifi. However, it’s much longer ping time and surprisingly lower upload speed leaves much to be desired.

Next to even the odds, I tested my Yes connection to a Telekom Malaysia server in Cyberjaya.

The results were almost consistent with that of the KL Yes server. So Yes appears to be the winner in Malaysia.

The Battle for Singapore (Speed test to Singtel servers)

Next, I took the test down south to Singapore. For this I randomly chose the Singtel server:

Journey to the West (Speed test against Palo Alto)

Now, very few of us actually surf websites in Malaysia and Singapore alone, so let’s take the competition state side. With a randomly selected server from the states (Palo Alto), here’s the results:

Here the competition get’s really really stiff. With almost nothing between them, Yes still edges out Unifi with a slightly faster Download and Upload speeds, still I doubt it’ll make a difference to your internet experience. Yes however, is looking to make a clean sweep here.

The war for Europe (Speed test to Rotterdam)

Finally, I took  a randomly selected European server, in this case a server located in Rotterdam.

Here Unifi really takes the battle and beats Yes by a wide margin. For some unknown reason a Yes connection to Europe is far slower than Unifi, with a download speed less than half of Unifi, Yes seems to crawl in Europe.

Another thing to note, Unifi connection speeds seem to be similar from US to Europe, Yes appears patchy.

Here’s a couple of things I learnt from the test:

1) Yes can go really fast. Even from inside my home (from the comfort of my bedroom) a connection speed of 9.05 Mb/s means that the 4G Infrastructure can support really high speeds.

2) Yes is faster than Unifi: The 5Mbps Unifi package is no match for Yes, but that being said, once you go outside of Malaysia the difference becomes really really small. Still, it has to be said, Yes is faster.

3) Yes looks cranky in Europe: In all other regions, Yes Download speeds were much faster than its upload speed, except in Europe where its download speed trailed by 1Mb/s. It’s also the only region where Yes was slower than Unifi.

4) Unifi is consistent: Unifi was consistently good in all servers, and overall the ping times and upload speeds make it a far more consistent provider than Yes.

So should you choose Yes Over Unifi. Let me put it to you this way, Unifi has a fair usage policy of 60GB/Month, which works out to 2GB/day. To get 60GB on Yes, you’d need to spend about Rm900/month, which makes it about 6 times more expensive than Unifi.

Of course that’s not the only way to look at it. Yes is both pre-paid and mobile, while unifi is post-paid (with a 24 month contract) and fixed home service, so it’s not exactly Apples and Apples here.

What this test does prove is that Yes can hold it’s own against Unifi and in most cases it’s actually faster than Unifi, but whether you should get Yes or Unifi is another matter.

For more information on Yes Coverage, and particularly the speed of Yes across Malaysia, the guys over at the awesome SoyaCincau took their Yes dongle from Ipoh to Penang and took speed test throughout. Amazing post here.