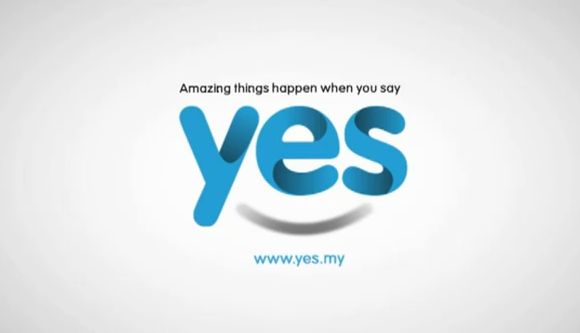 I’m going a bit off tangent today and focus on Malaysias latest 4G broadband. Recently I moved house and my new area didn’t yet have UniFi, so to avoid locking myself down to contracts I decided to go for a pre-paid wireless service offered by YTL called Yes.

Initially I was a bit skeptical on the performance of yes, but it did have some things going for it. Firstly it was prepaid meaning I could terminate the usage anytime without incurring any fines. Secondly it was wireless so no wiring for my new house, and finally it a usage based thing, so if I was bit-torrenting then I could get pretty high mileage from just RM30.

So I went down to my local dealer picked up a dongle for RM179 (Rm99 for Dongle + RM50 activation fee + RM30 prepaid amount). Then I went back home and gave it a try. The initial impression was mixed, the Dongle had the installation files embedded into it, so you don’t need additional CDs etc etc, but the problem was I didn’t like the installation. You probably won’t get it to work with your locked down company machines and I’d be a bit suspect if it worked with Unix/Linux.

That said however, installation was a breeze, and was up and running in no time. The login screen looks similar to skype and you login via a separate screen rather than the usual connect to for windows. This isn’t your standard wifi connection.

In my housing area the reception is pretty decent, anywhere from 3- 5 bars, so I’m guessing that’s good, and if you want a speed report, hows this:

This was just one of the many downloads I got with speeds consistently above 350KB/sec. Now I don’t know about you, but even my office network isn’t this fast (and just at 3 bar reception mind you)

I would say the downloads average about 400KB/sec, and for RM30/GB that’s pretty reasonable. I also have a theory on why it’s so fast. YES uses a pay for your usage model, meaning you pay for each GB you download. What that means is that no one on your network is going to hogging up the lines with bit torrent downloads of korean dramas. That frees up a lot of bandwidth for the regular folks doing regular downloads and browsing.

RM30/GB is pretty high, but you opt for a valuepack for RM68 for 3.5GB, which works out to roughly RM20/GB. The speeds are ridiculously good, but if you’re worried about browsing too much, then you may have to look for other options.

The conclusion is that YES is blazing fast and will probably continue to remain that way unless they change their pricing model. If you’re a regular user, then YES is awesome, you get blazing good speeds/mobile broadband at just RM68 per month. It’s not for everyone though, heavy users will probably be better off with UniFi or something else. For me I love my Yes connection and will definitely keep it.

For a comparison of speed between Yes and Unifi, check out my later post here.

Also, I no longer recommend Yes 4G because of the following (details here)