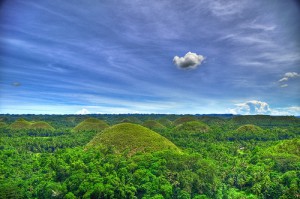 UC Berkeley is easily one of the most recognized institutions of learning with 70 Nobel Laureates to their name, so when they say something about tech you’d better listen up. This time however, it’s that big battle in the cloud between Google Apps and Office365 or as I would call it — The Battle for the Doc Cloud. The question is Who Will be the Last Cloud Standing?

As more people start to use cloud based applications, it’s getting more apparent that this little space in the cloud is about to see a boom pretty soon. Now consider this, the Microsoft Business Division unit is the largest revenue contributor to Microsoft, bringing in a total of $5.62 billion in the first quarter of 2011 (that’s the quarter ending sept. 2011). That trumps the Windows division with just $4.87 billion in revenue, now the difference doesn’t look like much (and probably doesn’t to Microsoft), but what that means is that the Business Division (with things like office, lync, sharepoint and exchange) brings in nearly $4 billion dollars of revenue MORE than Windows. Say it with me now people — WHAT THE #$%^.

That’s just one division of one company.

More to the point though, it just goes to show you just how big the market for things like office365 and Google Apps really is. Now there’s a whole bunch of reviews that compare the two, particularly since Microsoft was kind enough to provide free trials for office 365, but the best information you can glean is from the UC Berkeley website, which according to this report from VentureBeat chose Google Apps over Office 365.

For further info you can view the assessment matrix, which is very similar to something I see often when performing options analysis. So what you have is a detailed assessment of both Google Apps and Office 365 for key criteria. In fact if your boss asked you for an assessment, my advice would just be to forward him the link (tongue in check).

If you’re looking for a high level summary, it’s this. There really isn’t much difference, one of the main reasons UC Berkeley chose Google Apps was that they got the Google Apps for education package, which is free. Microsoft had a slight advantage when it came to security, but Google made up ground when it came to speed of migration. Overall though, the general vibe around the web is that there isn’t much difference between the two with the exceptions of contractual agreements.

Chances are, what you have right now will determine which one you would choose. I’m guessing the main premise for UC Berkeleys choice would be the price and the speed of migration. It could be your organization already has long standing agreements with Microsoft and that would make things easier, or like UC Berkeley you could be qualify for the Google education package which would make the decision very easy. Overall though, the feeling is the the two products are almost equal in strength, or as PCWorlds Tony Bradley put so nicely:

Ultimately, the winner of the smackdown will depend on subjective factors that will vary from one individual or organization to the next.

If you’re looking for a balance review try this one, or this one. For something not so balanced with a clear favorite at the end try this one (which happens to be my favorite btw)