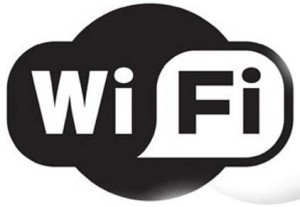 Techdirt recently reported on how Canadian Schools are Banning WiFi based on bad science, and I was appalled by the complete lack of science we have operating in the minds of these clueless parents. No doubt they’re well-intentioned but their complete and utter disregard of the scientific evidence in favour of fearful knee-jerk reactions are actually causing more harm than good for the very children they intend to protect.

Of course it doesn’t take much research to find out that WiFi isn’t dangerous, and there’s no evidence to show that it is dangerous. In fact, most studies suggest WiFi radiation is so weak, that a year of WiFi radiation equals to 20 minutes on a cell phone. The most important thing of course is not to fall into the trap of thinking we’re ‘better safe than sorry’ because we already are safe with WiFi and we have enough evidence to suggest what WiFi poses to health risk.

I’m also reminded of [email protected] project, that took so long to launch due to pressures from public groups and NGOs similar to the Canadians parents. This includes flak from Anil Netto (a journalist I respect) , who wrote a couple of post about how the public were not consulted about the [email protected] and how the European Parliament has begun to be wary of Wifi.  All of this of course didn’t bode well for the Penang Government, because they had to organize a town hall on the matter, fortunately the science prevailed and Jeff Ooi (whom Lim Guan Eng branded as ‘tech-savvy’) announced that the project was back on track shortly after the town hall.

Unfortunately, the consumer association of Penang wrote a long open-letter to Lim Guan Eng, chastising him for not engaging them enough. It was clear from the letter than the Consumer Association, while having the right intentions in mind–were clearly misled in terms of the science. It was even clearer that all they wanted was for them to be engaged, but from my end I can’t see how a consumer association who has looked at the scientific data (and lack thereof) not conclude that the benefits of WiFi almost astronomically dwarf the ‘perceived’ health risk– quite frankly there are no health risk. More to the point, I would not even begin a conversation with them, till they point to some scientific proof of how WiFi is a health risk. At present there is no such data.

I think it’s best to sum with a quote from Susan Loone blogs “The Wifi issue has also become a big concern to alternative doctors and healers in Penang.” which is quite telling, because all ‘alternative’ doctors are hocus pocus charlatans anyway. The fact that the REAL doctors aren’t making any fuss about WiFi says it all. Besides, aren’t the alternative healers based on ancient knowledge, and wouldn’t this knowledge be so ancient as to not have any appreciation or understanding of the electromagnetic waves that make up the WiFi signals? How would they know if WiFi was a health concern? How could a Chinese sinseh who still believes poking needles into your body can heal you chi, understand the concepts behind WiFi?

I’ve looked around the net and finally stumbled across a press release from Lim Guan Eng about the detractors of the [email protected] initiative:

“So far, we only received negative feedback for parties who quoted various anecdotal reports about Radio Frequency Radiation (RFR) and effects of Electromagnetic Field (EMF) and claimed that WiFi is hazardous to public health,” Chief Minister Lim said.

“However, we have been advised that this wireless technology poses no health risks from the authoritative reports by World Health Organisation (WHO), the Institute of Electrical and Electronic Engineers (IEEE) — which set the standards for WiFi (IEEE 802.11x) and WiMAX (IEEE 802.16e) — and the International Commission on Non-Ionising Radiation Protection (ICNIRP), which had released many research papers related to the core issue. 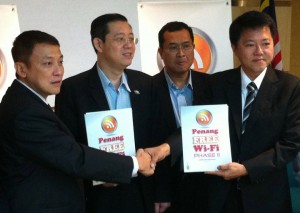 Finally a press release from a politician I can get on board with!!

Firstly, it rightly points to ‘various anecdotal reports’ because that’s all these people have. Somebody grandmother’s third cousin was exposed to WiFi and died, or how they ‘heard’ from someone that WiFi was bad, or even more compelling–‘they say’ WiFi can cause cancer. I especially love the ‘they say’ evidence, because it always prompts the question of who is ‘they’, which usually is not answered, or pointed back to an email they received years ago, and we all know how accurate emails are on science. Or could you just ask your friendly neighbourhood ‘alternative’ medicine therapist.

Also, it points to actual authoritative reports about the health risk of WiFi and not quote some ill-conceived website or even by people looking to profit from labeling WiFi as dangerous. These are the people who will sell you those radiation proof vest to wear, or apron looking radiation protection clothes for expecting mothers.

The fact is which do you trust more–The WHO and the IEEE, or your local acupuncturist and homeopath?

So what is WiFi (or more correctly known as Wi-Fi), well WiFi is basically one of many ways to achieve a wireless TCP/IP connection. You could also achieve wireless TCP/IP over carrier pigeons, but they tend to poop alot, and I wouldn’t recommend it.

What people are afraid of, is the wireless bit. They’re not sure how the information travels over the air. Unlike carrier pigeons, you can’t see what is carrying your mp3 download over your WiFi connection–and to some people that’s scary. What’s even scarier is that ‘some people’ say that WiFi uses electromagnetic radiation to carry the signal and the waves are the same frequency as those in your microwave oven–can that be true?!

Unfortunately, Yes it is. WiFi operates on Microwaves–but they’re not harmful. In fact, Microwaves are so pervasive they’re used for nearly all our communications, like cellphones , Astro and even WiFi. To uncover the safety of WiFi we first have to understand if Microwaves are safe….

What is Electromagnetic Radiation 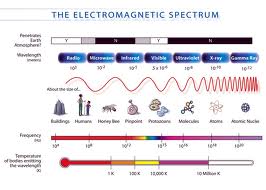 People are afraid of electromagnetic ‘radiation’, not realizing that the human body itself is emitting electromagnetic waves. If you’ve watched Predator you’d know what I’m talking about. In Predator, Arnie has to fight off an invisible alien that can see him from a distance because the Predator uses Infra-red to see. In fact, if I took a pair of infrared goggles (like the navy seals have), I’d be able to see you through a brick wall. Simply because you’re emitting infra red waves.

You see infrared waves and micro waves all belong to the same family–the electromagnetic spectrum and while some waves in the spectrum are harmful like gamma rays and X-rays, most of them aren’t. The difference between safe waves like Infra-red waves and the not so safe ones like gamma rays lies in the frequency of the waves, or the amount of oscillations the waves make per second.

Microwaves sit in between Radio Waves and Infra-red Waves. After infra-red, there’s visible light, where you have all the colours of the rainbow–Red, Orange, Yellow, Blue, Indigo, Violet. And just like how Infra-red precedes red on the electromagnetic spectrum, violet is followed by Ultraviolet. It’s only at Ultraviolet that things get a bit nasty for humans, after that there’s X-rays and Gamma rays, the latter of course has a bad habit of turning people into Giant Green Monsters–that SMASH!

So Microwaves aren’t really dangerous, in fact they don’t even sit in the dangerous part of the spectrum, they sit on the very safe side. Visible light, an electromagnetic wave we’re so accustomed to sits far closer to X-Rays and Gamma rays than Microwaves.

I guess the reason people are afraid of Microwaves is that they tend to associate Microwaves with the Microwave ovens, and that’s really scary.

Well, yes for some reason the Microwave spectrum (particularly near the neighbourhood of 2.5GHz range) is easily absorbed by water because this is very near the resonant frequency of water. It’s a bit too much to go into resonance here, but the only reason a Microwave Oven heats up your food, is because the water molecules in the food readily vibrate with the wave, and that cause the water to heat up really quickly and efficiently. What that means is that the food (which hopefully consist mostly of water) is also readily heated. If you wanted to test this out, try eating a couple of dried mangoes in your Microwave, I guarantee you it’ll still be cold after a minute in the Oven.

Also Microwaves operate in much closer confined spaces, and at far higher power. Typical microwaves operate from 500W to 2kW, while a standard WiFi signal starts off at 200mW and gets exponentially smaller the further away you are from it. That’s about 2,500 times less intensity than a standard microwave oven, and like I mentioned, far smaller than the mobile phone you hold up to your HEAD.

So why is everyone worried about Public WiFi

Initiatives like the [email protected] are bound to get political interference, but in this case that wasn’t necessary. We have enough scientific illiteracy in this country to conjure up harmful effects of WiFi on our own. The BBC had an episode of Panorama that highlighted the ‘dangers’ of WiFi only for the episode to be debunked by the BBC themselves. To add salt into their wounds, the Guardian also published an article debunking the Panorama WiFi episode, unfortunately if you search on YouTube, the first result you see is the Panorama episode without any of the counter-claims or evidence. Individuals with good intentions pick up this scare-mongering and run with it, for the most part most journalist and consumer associations presidents aren’t scientifically literate enough to shift through what is genuine scientific evidence and what is pure hocus pocus nonsense.

It’s unfortunate as well, that Science usually takes a back seat in these debates because you can always find some anecdotal claim to the contrary and convince people with sheer debating talent rather than scientific evidence. What’s more worrying, is that the way science scores are heading–we’re going to be seeing far more of this when the next generation of Malaysian take the leadership mantle in this country.

The most important thing we can do at this point is to ignore the scientifically illiterate. Unfortunately, that’s easier said than done–particularly since they make up the majority of the electorate.

The benefits of WiFi goes without saying, WiFi all over Penang, or even free WiFi in schools provide a huge benefit for students, and we cannot allow the scientifically ignorant to stop us. It’s quite possible to run a school without WiFi or even without electricity and water, but that obviously is not the most effective way to provide quality education for our children. The danger of saying better safe than sorry is that we end up with a very safe solution–but one that is ineffective.