This week I was attending a Project Delivery Conference in Putrajaya and was neglecting my blog a bit. The last post on the blog was more than a week ago, and that falls short of my target of 2-3 post a week. That being said, I do have some cool stuff that I’d thought you might be interested in.

The first one is the awesome!! Samsung Microsoft surface device that was displayed. This thing was cool, it was an enourmous tablet with cooler features, check out the video below (filmed with my samsung galaxy S3), also forgive the sound quality and video angle (I’m not a professional you know). The first part of the demonstration is how he used the surface to compare 2 different laptops, by just merging their ’tiles’ together, after that a microsoft specific QR code format pops up that the user can scan and save on their smartphone for further viewing (without the need for the surface). The last part demonstrates how every pixel on the screen is also simultaneously a camera with the ability to pick up coded objects and display information about those objects. The surface was cool, but I really can’t think of practical applications other than the next Iron Man movie, and at a Rm40,000 price tag–it’s way beyond my budget.

There are also other cool sources on the Samsung Microsoft surface online, particularly this article from Mashable which details the construction of the device. It’s also important to note that the Microsoft rep informed me the device would cost around Rm40,000 here, while Mashable has a list price of USD8,900. So I’m not entirely sure what the exact price would be.

While the smaller surface seems to gaining a reputation even before launch, this larger surface was a real crowd puller at the conference. 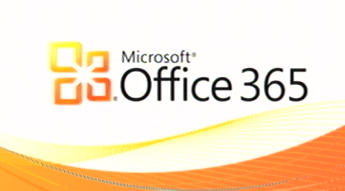 The Microsoft booth also displayed the Office365 offering, and I spoke to him on how I struggled to create professional documents on Microsoft Office365, mainly focusing on creating a table of contents, and formatting photos in Word. He echoed what I suspected all along, Office365 is sold as a productivity and collaboration suite to complement existing Microsoft Office Desktop version. I thought it was meant as a replacement, but I was wrong. In my line of work, a 50 page Technical Specification without a table of contents is viewed as bad-quality documentation, so I guess you really can’t get the best of Office on the cloud–yet!

He did mention however, that Microsoft is looking at Office15 which would pipe everything online, but it remains to be seen if the payment model for Office15 would be subscription based (like a typical cloud model) or a one time upfront payment similar to Desktop Microsoft Office Suite.

So for all the SMEs out there hoping to save your upfront cost using Office365 instead the regular Microsoft Office offering– you’d be disappointed.

The Microsoft stuff was cool, but the IBM stuff was mind blowing. I’m hoping to research a bit on Watson and IBM smart cloud in relation to big data next week. Till then, stay tuned.