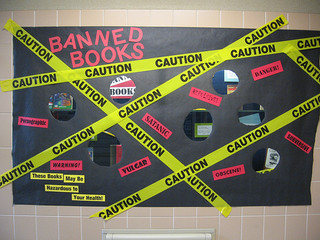 Let’s get straight to the point, the latest case where the Federal Territory Islamic Affairs Department (Jawi) is prosecuting a store manager is both disgusting and without merit. Not only is she just a Manager carrying out here duties–thereby making the bookstore liable instead of her, but the raid on the bookstore was carried out BEFORE the book was banned by the Home Ministry. So here in Malaysia, not only will the Government be able to persecute you in a guilty until proven innocent manner, but apparently government agencies can persecute for possession of a book before it is banned.

However, politics aside, let’s talk technology!!

What if I used Technology to bypass all government censorship. So instead of buying the book from Borders (or MPH, Popular or Kinokuniya for that matter), I simply download the Kindle version of the book online?

I did an online search, and indeed found that Amazon has a Kindle version of the book retailing for $11.99, if you already own a Kindle in Malaysia, then you can bypass all this drama and simply download the book to your Kindle. Of course, there are legal concerns with just downloading regular books from Amazon, much less banned books–so be warned!!

Now I wouldn’t recommend it and there are huge legal questions, but technically–it can done, and it can done easily. I’m start to finish in 5 minutes–it really is that easy.

My point isn’t that the book should or should not be banned, my point is that the ban can be circumvented with ease using technology. So how effective can any ban be, when most Malaysians have access to the internet?

The question I believe can be synthesized into Does Banning and ebook constitute censoring the internet? I don’t have the answer, but I believe there are 2 aspects:

1. The Traditional legal aspect as covered by the Printing and Publications act 1984.

2. The goverment promise as outline in the MSC Bill of Guarantees to not censor the internet.

If you’re a lawyer, I would love to hear your comments.

Before I proceed, to hopefully help protect myself against any legal ‘complications’, I would like to point out that I have neither read the book, nor any material on the author. I am not advocating the books position or otherwise, I’m just asking a question on the legality of the Governments position to ban online content which would include ebooks. It is well within my right as a citizen and registered voter to question the law in my own country (politicians debate them in Parliament anyway).

From a traditional legal aspect, the Book was banned under the Printing and Publications act of 1984, this act was drafted when I was still in diapers and for some reasons politicians think it’s still relevant (sigh!). However, the act is still in force and it stipulates that:

“If the Minister is satisfied…he may in his absolute discretion by order published in the Gazette prohibit, either absolutely or subject to such conditions as may be prescribed, the printing, importation, production, reproduction, publishing, sale, issue, circulation, distribution or possession of that publication and future publications of the publisher concerned.”

A publication is defined as :

So the terms are ambiguous, but you’d be hard press to classify an ebook as being outside the ambit of this law. Particularly when the wording of the law includes words like “all written or printed matter and everything“, how can you include such a broad term like ‘everything’ in the wording of a legal enactment? I’m sorry but as a techie that  doesn’t make sense to me. Technology is all about specifics and this is hardly specific. We’ve basically granted one guy–the Home Minister–absolute power over access to all information by Malaysians. Listen to the archaic wording of the law “If the Minister is satisfied..”, wtf?

I’m not entirely convinced you can ‘possess’ anything digital either, but I’ll cover that later.

So from a traditional legal aspect at least there seems to be an open and shut case, an e-book comes under the ambit of the law and possession of the e-book is the same as possession of the physical book,  hence the you can be charged for possessing a electronic copy of a banned book.

The Modern Day Aspect ( The MSC Bill of Guarantees)

Let’s take a look at a more modern day law, one that was at least drafted when I wasn’t in diapers.

Bet you didn’t know that part of the creation of the MSC involved a Bill of Guarantees, these guarantees were meant to reflect the Governments  “intention to provide an environment in MSC Malaysia that is conducive to the development of MSC Malaysia Status entities”.

The BoG is a 10 point document, and point number 7 states in no uncertain terms that “To ensure no censorship of the Internet.” This was an guarantee by the government and it has been reiterated by former Prime Ministers and by current Prime Minister Najib Tun Razak as recently as April last year. So it’s still relevant and still a government guarantee.

Let’s call this particular point of contention the Bill of Guarantees point 7, or as a more hip acronym the BoG.7 . 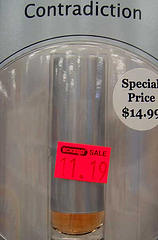 So here’s where it gets interesting, if I download an ebook via the internet would that constitute something that could be protected by BoG.7?

If the government intentionally drafted the law ambiguously in 1984 it must also accept that the ambiguity of the law works both ways. Since a webpage is also a publication under the law, but the banning of a webpage is certainly internet censorship–so obviously the BoG.7 and the Printing and Publications Act are at odds.

So imagine if I took the entire content of the book, and published it in HTML form on a website? Then what becomes of the law? Can the government ban the website and still keep true to it’s guarantee of not censoring the internet.

Imagine I have a banned video clip, something the government has clearly banned and has stated in no uncertain terms to be illegal to possess under the Printing and Publications act of 1984. To be more specific, imagine I have the full blown DVD rip of Schindler’s list. Nothing political or religious about the ban, it was banned because there was a segment of the movie that had nudity, Steven Spielberg insisted the segment be kept, the Malaysian authorities insisted otherwise. So the movie in its entirety was banned.

1) Would possessing a Schindler’s list DVD in my home be a chargeable offence?

2) Would possessing a Schindler’s list video clip on my hard-disk in at home be a chargeable offence?

4) Would ‘possessing’ an email from someone with the entire movie attached be a chargeable offence? Especially if the email is a Gmail or Yahoo! account rather than something hosted on my laptop.

5) Would storing a Schindler’s list DVD Rip on my Amazon Machine hosted in the US be a chargeable offence? Am I in ‘possession’ of a binary strings of  1’s and 0’s on a server somewhere on the American East Coast?

5) Would streaming that Schindler’s list to my laptop via Netflix, while I’m at home alone with no one watching be a chargeable offence?

6) Would storing the DVD Rip of Schindler’s list on my dropbox or Google Drive or even Maxis Loker be a chargeable offence? Am in a possession of something in a ‘locker’ outside the country?

In all cases, I would have complete access to the same banned video on demand, but where does possession begin or end. If you say as long as I have access to the clip, I could be charged, then we might as might as well round up the entire country, because anyone with a internet connection has access to the video.

More importantly how does the government charge me for these offences while still keeping true to its promise of not censoring the internet? Particularly scenario (5). It’s obviously internet content when it’s streamed from a 3rd party like Netflix.

This is more a legal issue than it is a technical one. However, there are few key points.

1. I’m not convinced the BoG.7 can be harmonized with the Printing and Publications Act 1984–ever!

2. No matter how much the government bans a book, you can download it online — easily!

3. Had the government not made such a fuss on the matter, no one would even know the author existed, much less be interested in buying her book.

I know of a book called The God Delusion , written by the worlds most famous Atheist Richard Dawkins being sold like hot cakes at my local Popular Book Store in Klang. I’m a big fan of the Selfish Gene, but in the God Delusion, Prof. Dawkins goes on to point out that belief in God is a delusion and that anyone who believes in God is a deluded fool!

These books haven’t been banned, presumably because the book isn’t “misleading and contradicted the teachings of Islam“. Either that, or more probably Jawi doesn’t know of it’s existence. Once they find out, and ban it, would possession of the book be a chargeable offence, and who would they haul to court?

I’m not a fan of government intervention, even less of a fan of censorship. This is all bullshit, and if the government were serious about ensuring no censorship of the internet, it would have to come to terms that there’s no point censoring anything else, as more and more Malaysian start relying solely on the internet for their news, information and content.