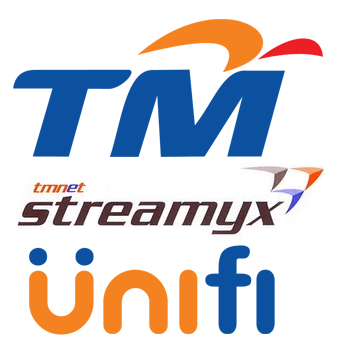 While they may have caused “The Great 9 day downtime of 2012“, and I ‘might’ have been terribly upset with them. Over the past few months, I must admit– My Unifi Connection Speed is Absolutely brilliant!!

You heard me right, although I had a terrible 9 days of no internet earlier this year, Unifi has been nothing but buttery silky smooth ever since. It’s really amazing, and for the price I’m paying I’m not complaining, in fact I’m actually congratulating Unifi for their great service. That’s right Unifi, here’s a congratulations to you!

It’s true, many people have wrote to me (some publicly, most privately) to complain about the service they get from Telekom Malaysia, and I still think they could do more to improve the quality of their customer service, as well as the processes behind them. I also think that these downtimes should be avoidable on Telekoms part, and Telekom should work better to win back and compensate affected customers.

However, it must be said that for me at least, my Unifi connection speed for torrent downloads and youtube videos is more than good enough, and here’s the proof.

Unifi runs of a Fibre-Optic network, which was part of the Malaysians governments initiative for High Speed Broadband penetration in Malaysia. Interestingly, part of the deal between Telekom and the Government was that the government would subsidized the High Speed Backbone in Malaysia in exchange for Telekom sharing their backbone with other telcos. Hence the Maxis Home package, runs on the same backbone as Telekom.

Enough of that though, let’s look at how fast Unifi speeds are.

There used to be a time when TM would ‘shape’ their traffic to prevent you from utilizing your full bandwidth on torrent downloads. I’m quite convinced that is no longer the case (at least for me).

This is a screenshot for a Torrent download for a file 672MB file with about 1000+ seeds. The file is actually an ubuntu image so it’s perfectly legal (in case you’re wondering).

Now I’m not advocating illegal downloads here, but 600+ MB is roughly the size of a divx movie, and the duration of the movie is usually anywhere from 70-90 minutes. So in short you can download a full length movie in less than half the time it would take you to watch it.

Just to make sure I wasn’t only using one data point from a particularly good torrent, here’s a 2nd torrent download.

Once again for comparison, 191MB is roughly the size of 10-15 high quality songs that would play for about 40-60 minutes of music. So once again, you can download content nearly twice as fast as you can consume it. Please also remember to not download music illegally via torrents, go out and get the full price CD because the music companies in Malaysia haven’t yet deemed Malaysia ready for iTunes.

So there you have it folks, while I’ve been critical of Unifi, I must admit–their connection speeds in my part of Malaysia for torrents is more than acceptable.

More specifically, they deliver as promised.

Youtube on the other hand is usually where the buttery silky smoothness comes into play. I really have no idea how to time youtube video streaming speeds, or what would constitute a good streaming speed for youtube. However, I’ve had no issues with youtube on my Unifi connection AND no waiting for long load times. Just like the torrents, the youtube videos download faster than I can watch them.

However, I’ve also included a small screenshot of the youtube speed test, just in case you’re wondering. The speed for Unifi fluctuate from 0kbps to 7000+kbps. Once again, I’m not entirely sure what a ‘good’ speed would be, but take my word for it. Unifi is fast!

In case you’re wondering if this is some sort of prank post, it’s not. The reason is, that for the past few months I’ve been using the internet quite heavily and it occurred to me that I haven’t really given TM any chance to correct their past wrongs. On top of that, I’m constantly reminded by people who are having a tough time trying with Unifi about how ‘bad’ the Unifi connectivity is…I understand their situation.

However, in measuring an ISP we need to take into account both the connection speed and the availability, and I must say no one has (as yet) wrote to me about their connection being slow, all the complaints for Unifi have been around service interruptions.

So to be fair to Unifi and TM, I must admit, that when the service is operational, it’s quite remarkable (especially when compared to streamyx). Now they need to get their service reliability up as well, and probably take a long hard look at their customer service procedures as well.

For a far more in-depth understanding of Unifi Torrent speeds, check out klseet.com which has a great article on it.

For more information on optimising you Unifi connection, check out this post from the wonderful people at thePCharbor.com techblog.