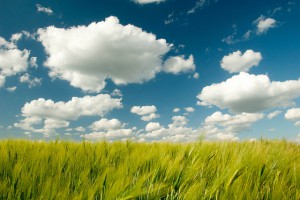 Cloud computing is already lowering the barrier to entry for new startups to essentially $0 hardware cost. Of course the cost itself isn’t zero, but what cloud computing has done is turn that cost from a Capital Expenditure to a Operating Expenditure. So instead of buying expensive servers, switches, racks and house them in expensive data centers, you can instead rent these devices …with no money down, and in most cases a lot cheaper than if you rented the actual physical hardware yourself.

So what’s the catch?

Large Corporations usually have service providers that provide services to us that we otherwise ‘would prefer not to run’. These services are core components of our business and critical for business operations…but it’s just that we’d rather not invest money/resources and expertise running the servers and software. We’d prefer someone else to do it for us.

If you think the last paragraph was just not right, how could a company not want to run something that’s critical to operations? In truth, there’s a lot of things that are critical to a companies operation that isn’t run by the company, consider electricity, water, even tele-communications and networking..

Let’s us electricity as an example. The electric supply to my building is a core component of my business operation, cut it off and my business grinds to a halt. However, I don’t run it. I don’t know how many generators there are, or how many miles of power-lines the electrons flowing through my PC right now had to travel? In fact, I don’t even know where the electricity came from? Was it the power plant near my town, or from across the country. For the most part, some people might even forget about electrical cost all together, considering it too cheap to worry about and just run.

What IaaS providers (like Amazon) are hoping to do is turn your perception of IT to look at IT the same way you look at electricity. As much as you understand how important it is to your business, it’s just not feasible from an economic (or even HR) standpoint to have full-time employees looking into the issue.

That’s the first step at least…there will come a day where you’ll receive a bill from Amazon the way you receive your mobile phone charges, water bill or even electrical bill.