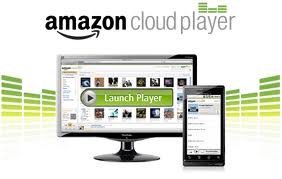 Who says the cloud can’t be fun? Amazons new cloud player combines my love for the cloud with my love for AC/DC all in one box, and I’m loving every bit of it.

Those who know me, know that I’m a huge fan of Amazon, but an even bigger fan of AC/DC (the greatest rock band of ALL time.). Today, I tried to setup my google music account and as many of you know google has just launched a new cloud music player to compete with Apple and Amazon. However, I couldn’t get it to install, it kept hanging during the “connecting to internet” phase. I suspect it’s something to do with my VPN, eventually though I gave up on Google Music but not on the cloud, and so I turned to the indisputable champion of cloud technology…Amazon.

Now Amazon isn’t the only company offering cloud music players, Google and Apple are all on the bandwagon, and when Apple, Amazon and Google are vying for some piece of web real-estate you’d better be paying attention. So what exactly are cloud players and why should you care?

I’ll answer that question while I listen “Highway to Hell” streaming over the internet, and have the ability to stream what is undoubtedly the best rock song of all time to almost any mobile (and immobile) device. A cloud player, like Amazons Cloud player, or Google Music allows you to store music on the cloud and then retrieve or stream that music to just about any device that has access to the internet, that includes your smartphones iOS or Android, laptops, your home PC, and the best part is that the first 5GB come for free.

So what’s the catch? Well no catch, what Amazon (and Google) hope to accomplish is to get to begin purchasing music from their music stores and then offer you the cloud players as a sort of value added service. Unfortunately, the service is currently only available in the US but with a little bit of ingenuity you can circumvent this….Don’t blame Google or Amazon for this, it’s the way music companies and governments structure their pricing. Even if you circumvent the the US only access, you can’t buy the music unless you have a US credit card.

So for instance, Malaysia has taxes on entertainment, so if you watch a movie you’re likely to be paying and entertainment tax, and that same tax is levied on CDs and DVDs as well. If Apple wanted to open an iTunes store for Malaysia, it’ll have to pay that government, and currently there is no mechanism for that as Apple isn’t even a legal entity in Malaysia (it’s devices are sold through local distributors). That’s just one half of the equation, the other half is the RIAA and how it structures pricing for music in the states and throughout the rest of the world, so I’m quite sure Google and Amazon would love to offer this to you, but unfortunately it just doesn’t want to tangle itself in some long running legal suit ala Napster.

So how was my experience with Amazons cloud player, well as much as I loved AWS, I have to say I was a tad bit dissapointed with cloud player. The free 5GB storage is no where near big enough, but the for just $20/yr, you can have unlimited access and that is pretty much worth every penny. Unfortunately, uploading the music to the web took longer than expected, and the uploading application wasn’t as perfect as I expect Amazon products to be. First of, the app runs on Adobe Air (what the hell!!) and if you don’t have it it automatically installs Adobe Air if you don’t have it. Secondly there is NO online uploader to upload music from your browser. The final straw was when I discovered it didn’t sync with S3, which was disappointing.

However,  uploads aside, the playing capability was pretty decent, the interface was spunky and nice. Responses were good up to the point where you can’t differentiate it from a regular desktop based player. However, I couldn’t find the equalizer and I’m not even sure if they have one.

Finally, the cherry on the cake is the social media integration with Facebook and Twitter, because let’s face it, you haven’t got any friends on Google+ just yet…

All in all, Cloud players let me store my music online, so that I can listen to Back in Black anywhere in the world and even play Thunderstruck whenever the need to feel badass strikes me. It also means I have a permanent backup of my MP3s in case anything happens (like the great Hard-disk crash of 2008). Unfortunately, Google Music didn’t work too well, and Amazons Cloud Player needs to sort out the uploading inconvenience before I can fully adopt it, and I’m not a big fan of Apple so I didn’t even bother giving iCloud a try.

In case you want to try these services but reside outside the US, here’s how