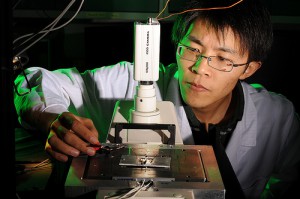 I get annoyed when parent associations insist that the Government needs to teach science and maths in English. They argue that because English is the lingua-franca of science, teaching science in English will help students learn more effectively without needing them to translate scientific terms from the vernacular. They add that teaching Science and Maths in English is a great way to improve the standard of English in schools.

It would great if those points were true, but they’re not.

English as the Lingua franca of Science?

Firstly, English isn’t the lingua-franca of Science. True, scientific journals are mainly in English and citations in most scientific literature point to English journals only, but shockingly primary and secondary school children don’t read the latest publications on the higgs-boson.

Instead, what children learn in school is so dated, that their initial publications were probably in Latin or Greek, with older text going back to Arabic, Chinese or even Indian origin. The most recent ‘findings’ your children learn in physics is Quantum Physics, which is roughly a hundred years old. Even then, they aren’t reading Einstein’s original paper on the Photoelectric effect, they’re reading a textbook that sufficiently distils and simplifies it for their consumption.

In fact, a vast majority of what children learn in Form 4 physics is derived from Principia, which is a collection of 3 books by Sir Isaac Newton who wrote them in Latin. The famous rhyme that “Every action has an equal and opposite reaction” may sound nice in English, but doesn’t exist in the original text, simply because it wasn’t written in English. Going further back in history, the algebra you loved in high school derives its name from a notoriously hard to pronounce book titled “kitāb al-mukhtaṣar fī ḥisāb al-ğabr wa’l-muqābala” , the highlighted al-gabr means the reunion of broken parts, and forms the origin of the word Algebra. The book itself was written by al-khwarizmi (who is the most important mathematician you never heard of), and whose name is where we get the word Algorithm from, obviously he didn’t write his works in English.

Of course, I use these ancient examples a bit unfairly, but the fact is that your children are learning ancient science in schools. It’s not irrelevant, it’s that you have to build the foundation of scientific literacy from these ancient roots before you can tackle modern day science of the Higgs-Boson. You can’t fly before you learn how to walk.

The point is, that if these ancient text were translated into English at some point, why can’t we do the same to Bahasa, or Mandarin, or Tamil..or whatever language you want to. Isn’t it easier to translate and contextualize these century old ideas into a language the next generation is comfortable with, rather than hope they suddenly develop a love and understanding of a foreign language like English?

When you say Lingua-franca of science, in the context of what children actually learn in primary and secondary school–it isn’t English.

But Keith you shout…, the terms are all in English, and learning Science in English is the only way we avoid the confusion of the different terms.

The scientific terms are in English??!! (puzzled look, crickets chirping)

I hate to break this to your elitist English heart, but science has a long history of foreign terms. Take for example the periodic table of elements.

In the table of elements, we use Chemical Symbols as shorthand notation for different elements. We then use those notations to describe different molecules made up of their composite elements, like Carbon Dioxide is CO2, Water is H2O and ordinary table salt is NaCl.

It doesn’t just end there, in medicine, a condition that occurs when the level of sodium in your blood is abnormally low is called hyponatremia. Which again doesn’t make sense in English, but if you take the Greek word for under (Hypo), and combine it with latin word Natrium (Sodium), you can see the origin.

Hyponatremia is a proper medical term, and it isn’t in English!! It’s one half greek and one half latin. Get used to it. Other examples include Hyperglycemia (meaning overly sweet blood in Greek) and even after the world was fully Eng-lishy-fied we continue to pay homage to Greek, by naming Helium after the Helios the Greek God of the Sun because (here’s a shocker!) it was found in the Sun before we found it on earth. We named an element Technetium (meaning artificial) because it was the first element mankind synthesized artificially (in 1938! long after the Greeks fell), and we continued naming the planets after Roman gods even though the English tried naming one of them George. If you must guess, it’s the ONLY planet in the solar system that has moons named after characters of Shakespearean plays.

And this isn’t specific to science. Terms like Caveat Emptor, locus standi and Habeas corpus have long confused the non lawyers among us, yet we never hear calls to teach the Law in Latin just because there are Latin terms.

It’s phenomenally stupid to think that scientific terms are all in English (they aren’t) and then to proclaim that we need to teach Science in English simply because it is the lingua franca.

Of course there are exceptions to every rule.In my field of computer science, I’ve seen the term firewall translated to (are you ready for this?)….dinding berapi!!

That of course is both stupid and funny. The solution is to keep these important terms in English, and use the vernacular to help students understand the concept. So just call it e-mail (not mel eletronik), firewall, mouse(not tetikus) and WiFi (god only knows what this is translated to), and forget translating it–it just doesn’t make any sense.

In other words the solution to translating terms, is to just use the terms in their native language while teaching the concept in the vernacular. End of story. Not try to force a child to learn science in a language they clearly don’t understand.

By the way, the proper pronunciation for router is rao-ter, not roo-ter.

Finally we come to point of improving English.

Fine, I understand we have an English problem, and a communication problem (two different things). But my point is that we should teach science in the science classroom and leave English to the English classroom, not try to conflate the teaching of science and maths with something else and wonder how come we’re not doing so well at it. 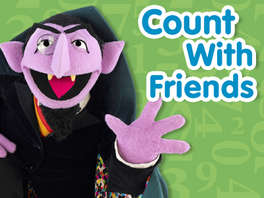 By the way, I’ve not touched maths yet.

Take for example the numbers 11 and 12. In a decimal system these would have names like one-teen and two-teen. Instead they keep their dozenal origins which make no sense in our decimal dominated world.What does eleven and twelve mean anyway?

In Mandarin, 11 and 12, are given more apt names of shíyī (literally translates to ten-one) and shíèr(ten-two) making far more sense to a child learning to count. And we wonder why the Chinese were against
teaching maths in the inferior language of English (at least mathematically)

If we look at more complex mathematical equations, they look something like this:

Where’s the bloody English? Hint: it’s not there.

And in a world where Science and Maths are intertwined, this spills over. The capital greek letter omega (Ω) is used to denote resistance in electrical circuits and brand expensive fine watches,the letter mu (μ) is use to denote micro (as in micrograms, micrometers,micro-torrent) and lambda (λ) used for denoting the half-life of radioactive elements and the logo for the most awesome game in human history.

So when you write equations for physics, chemistry or biology you often times have to invoke some greek letters, yet people don’t have a problem with this. And because a lot of the financial world is built on maths, these letters appear in economics and finance as well.

Again, any English here? Yet we teach this in English to students who know English and are comfortable with it, because that’s when it makes sense. We should also learn when it doesn’t make sense, and science and maths in the language most appropriate for the child in question, and in Malaysia that language is most often not English.