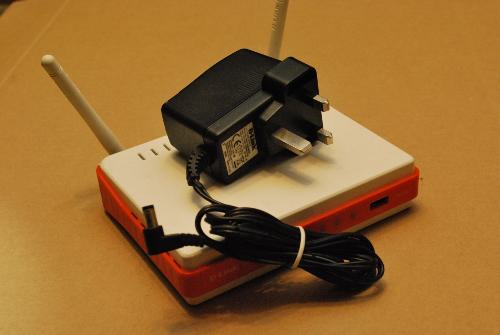 So here’s the answer it’s RAO-TER, and here’s why.

If you find it you get to name it

In Science and Engineering there’s just one simple rule. If you discovered it, or designed it, or engineered it–you get to name it. Consider car brands like Ford, Ferrari and Lamborghini, all of them named after their founders. Of course no where is this more apparent than with the French car names, especially car brands like Peugeot that’s pronounced completely different from how its spelt, and that’s true of nearly anything French (Baguette, Croissant…Crepe?)

Obviously as Malaysians, we’re all aware of this–but we hardly give anyone a stare when they say O-Rang-ooh-Tan, instead of OrangUtan (correctly pronounced: Oh-rung-uh-tung).

And it’s the same with other things as well. Gasses like Xenon, Argon even Helium are called Noble gasses–quite strange considering they seem to have done nothing out of the ordinary. But if you put that in context with British colonial culture and suddenly things make sense, Nobility in Britain didn’t mix with commoners, they didn’t eat in the same places, they didn’t live in the same places, and they surely didn’t marry commoners. Noble gasses similarly don’t mix with anyone else, and the fact that we call them noble gasses is paying homage to the British who discovered them.

Similarly, the planet Uranus was the first planet to be discovered. Planets like Mercury, Venus, Mars, Jupiter and Saturn can be seen with the naked eye. Uranus needed a telescope, and the first guy to discover it was British, and being a good servant of the King, the Astronomer decided to name this newly found planet after his king–George. So for a short while, we had Mercury, Venus, Mars, Jupiter, Saturn and George!

The British thought this was fine–but the rest of the world was like WTF!

Fortunately, the world decided that naming planets after Roman Gods was a good idea, and renaming George to Uranus made sense, however in paying Homage to the British, the moons of Uranus were named after something quintessentially British–characters from Shakespearian plays.

So who found the router

So if you want to determine whether it’s Rao-ter or Root-er, you simply have to reference the culture that invented the router, and that’s the Americans. The modern router is built off the Internet Protocol which was developed by the US Department-of-Defense.

Hence, the Americans invented the router, and we should use their Pronunciation…Rao-ter.

As a last note, it’s important to think when will Malaysia get to name something. We paid for the Petronas Twin Towers, so we got to name it, but would you rather have a tower named after you–or technology?

The greatest scientist were acknowledged by bestowing their names onto SI Units, units like Ampere, Volts, Newtons and even Watts. These great discoverer will be remembered for near eternity–but someday Carnegie hall  will no longer stand.