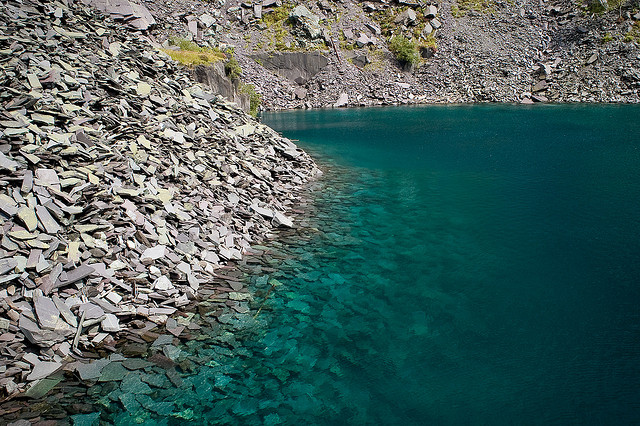 Do a quick experiment:

That’s because the artic ice caps are indeed floating on water and have no impact on the sea levels, but the Antartic in the south sits on a land mass, and when it melts it flows into the oceans raising the sea levels, and the same is true for glaciers on mountain tops.

We take water forgranted, but it’s an amazing thing.

For example unlike everything else that condenses when it cool, water it expands as it cools, which explains why ice floats in water, that expansion makes ice lighter than water. It also explains why ice is usually quite slippery, as you walk on ice, you compress the ice with your weight, and just as expanding water becomes ice, compressing ice makes it turn to water. So as you walk you create a thin layer of water on the ice beneath you, making it quite difficult to grip and hence–slippery.

The most interesting thing about water though, is that the abundance of it on the planet has made us all very reliant on it. Both our biological evolution and  industrial revolution have made us all deeply dependant H20.

Just like in Selangor, where the state government had to ration the water supply, because the dam levels were dangerously low. That meant that houses (like mine) and industries would not be getting a steady supply of water piped to them–something we’ve been used to all our lives. To compensate for the low dam levels, the state government took a bold step of pumping water into the dam from nearby mining pools.

The move to source water from mining pools though, has not gone down well with the public. As it should be.

Was the water safe? How did we ensure its safety, and would there be any adverse health effects? Valid questions, but one that could easily be answered by simple science. Whether the water was sourced from the rain via a catchment area, or from a mining pool, it still gets treated. The treated water is tested regularly, and it is only the treated water that finally gets pumped into your home or office.

The main concern about the sourcing water from nearby mines was simply that they contained  alarmingly high levels of heavy metals, which are bad if consumed directly–but the water we’re drinking isn’t directly consumed from the mine, it’s treated water, and it’s this treated water that the discussion should focus on. If Singapore can turn urine back into drinkable water, I’m sure we could remove some nasty heavy metals.

So when I see local politicians make statements such as these:

“Although tests on the quality of water from mining pools have shown it to be safe, the public is still not happy. There has been an overwhelming negative reaction in view of the perception that the water was polluted by a variety of toxins and dangerous substances.”

Essentially the message is that we don’t trust the test and by extension the science behind the test. If you run a test on the quality of the water, and then refuse to accept the results because or a ‘perception’ problem–that’s no longer science. Instead it has become a matter of public politics rather than of simple science.

Public perception is one thing, but it won’t get us clean water. The negative public perception should be combated, but we shouldn’t be bending the science just to please the public. The fact is that the water was tested, and it was shown to be safe. If you disagree with the findings or the test, please elaborate on which test you disagreed with and why–not create a public perception problem just because we sourced the water from a mine.

We should all trust the science, and if you don’t believe the results, there are many ways to verify them independently, but any debate must be based on a scientific approach rather than one of perception, because a war of perception is always won by politicians–whether they’re right or wrong, but a war based on the scientific evidence can only be won by the right decision.