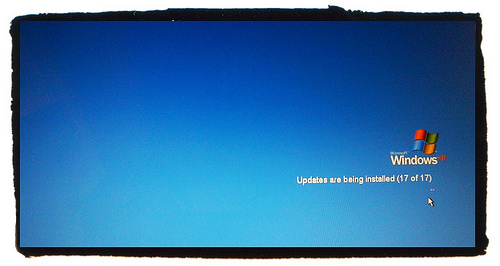 Here’s a quick question–do you have a ‘original’ version of Windows running on your PC or is it pirated?

If you’re like me, then obviously you’ve learnt long ago to only use original versions of software–especially when it’s the operating system of your PC. Of course, I wasn’t always like this, back in my university days, I couldn’t afford the couple hundred dollars it cost to buy an original Windows XP, and hence used a pirated version–my windows installation CD was actually burnt from a pirated CD, I wonder if that made me a pirate of a pirate?

One of the things that puzzled me was that even with my obviously pirated software, I could still download Windows software security updates–something I thought represented Microsofts failure to engineer a way to check on the legitimacy of my software. It wasn’t until much later, that I discovered the true reason for Microsoft seeming benevolence–Microsoft was merely protecting it’s paid customers by providing free updates to the pirates.

It may sound ironic, but one of the best ways for Microsoft to provide security for their paying customer is to ensure that even the pirates receive security patches.

Imagine for a moment if Microsoft didn’t allow patching for pirated Windows, and assume that 20% of the Windows machines on the internet were pirated. What that would mean is that 20% of all PCs on the internet would be vulnerable to each and every Windows vulnerability discovered. That’s a large chunk of customers that would be affected, and the real down-side is that the 20% of pirated customers could end up re-infecting legitimate paying Windows customers. So in order to reduce the spread of vulnerabilities in it’s ecosystem, Microsoft had to protect it’s paying customers, by patching its pirated copies.

Vulnerabilities aren’t fun for Microsoft, but they’re a fact of life–and being the dominant Operating System of the 1990’s and 2000’s meant the Microsoft received more than it’s fair share of attacks, the problem of course was how to address the vulnerabilities as and when they’re discovered?

So Microsoft followed the science and attempts to shrink the number of vulnerable systems to insignificance, and that can only mean allowing patches for pirated versions of Windows, no two ways about it, a world where Microsoft didn’t allow pirated version of Windows to be patched would be a dangerous world to live in.

So what does this have to do with vaccination? 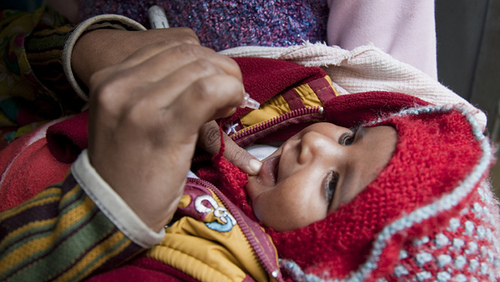 It’s the same thing. If you treat each human as an individual system within a network, then in order to reduce our vulnerability to diseases like Polio, Tuberculosis, or Hepatitis  you’d need to shrink the number of vulnerable human-beings till they become insignificant. In order words you want to patch as many humans in as short a time-frame as you can.

Each vaccination jab you receive is like a software patch, that ‘patches’ you so you’re no longer vulnerable to a disease. However, the entire system only works, if everybody plays the game. A small group of ‘pirates’ who refuse to get vaccinated, could end up not just extending the virus and spreading it–but also allowing the virus to mutate and evolve into something the vaccines no longer work against. In essence the pirates would allow for a virus not just to continue spreading and surviving, but the anti-vaccine proponents are actually setting the stage for these diseases to make a stronger come-back.

If you haven’t guessed it by now–the anti-vaccine groups in this scenario are real, and unlike the software pirates, these guys are refusing to take their patches. By doing so, they’re not just harming themselves and their children, their harming society in general and their pseudo-science must be stopped for the benefit of all our children.

The thing that really gets me about the anti-vaccine movement, is the tremendous amount of scientific illiteracy that exist in their circles.

For instance take this article from the Malay Mail Online, that claimed:

“Vaccines are made from live or inactive viruses and vaccination means we are voluntarily injecting our children with viruses which can be harmful to them,” he said in a telephone interview with The Malay Mail Online.

Chua said there are other healthier ways to prevent the infectious diseases, such as practising a healthy lifestyle and strengthening one’s immune system through proper food and hygiene.

“We have to boost our own immune system so our own bodies can fight off all these infectious diseases,” he said.

No you can’t! There is NOTHING you can do to make yourself immune to Polio or Tuberculosis, if you contract these diseases at their full force, you will get the full force regardless of how healthy you are.

Tuberculosis will kill you if don’t get treated, and no amount of ‘natural’ immune system strengthening is going to help. Tuberculosis (TB) is second only to AIDS as the greatest killer worldwide from a single infectious agent. The UN estimates that we will reverse the TB trend by 2015, but there are danger signs, already Multi-Drug resistant TB is present in nearly every country, and the poorer countries are feeling the pinch. In part, due to vaccine deniers.

A lot of the work has been done to combat diseases like Polio and Tuberculosis, and I want my children to live in a world where the only exposure they will have to disease is reading it in a history textbook. However, these anti-vaccine proponents are slowly but surely undoing the work done by scientist and doctors at great expense to society.

The same article from The Malay Mail online goes on to say;

Another parent, Erina Law, 38, said she stopped taking both her children for immunisations and did not allow them to take the booster shots provided at schools a few years ago.

Law, whose son was diagnosed with Autism Spectrum Disorder at the age of two, said she and her husband both suspected that vaccination may have caused their son’s condition.

“Of course we know there are studies saying there was no link and we did let both our kids to be vaccinated up to the age of six and four years old respectively,” she said.

She said after her son developed autism, she completely stopped bringing her children to hospitals or doctors.

Now, they visit a homeopathy practitioner instead for their health needs…

“Our homeopathy doctor also told us that vaccines have side effects,” she said.

Folks, I empathize with Erina,but even she admits the literature denying any link between autism and vaccination, yet she still believes it in spite of the evidence. However, the bit about Homeopathy really got me raging mad–mad enough to write this article on a Sunday night.

Homoeopathy, is the single stupidest bit of pseudo-science you’ll ever see. It’s right up there with Magnetic Bracelets, ‘alternative medicine’ and of course Bomohs.

It has been proven completely nonsensical countless times, there’s even a BBC documentary exposing the stupidity of the claim. Now some people like to take the ‘nice’ way to explain things. Here’s my explanation, if you believe in Homoeopathy–you’re an idiot.

The principles surrounding Homoeopathy are so outlandish, you’d have to neglect all of modern chemistry to still hold onto the illusion that it works, what we know works is the placebo effect, and since Homoeopathic drugs are usually nothing more than water–Homoeopathy is quite possibly the best placebo there is.

But Placebo isn’t going to cure you of TB, Polio, Aids, Cancer and just about anything serious.

One last thing, your Homeopathy ‘Doctor’ is not a Doctor!! 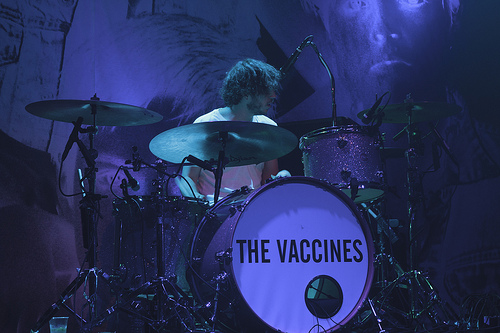 Vaccine deniers are not just scientifically illiterate, they are irresponsible parents that are placing they’re children and the children of others at risk of contracting diseases we’ve work so hard to eradicate. They’re quite possibly setting the stage for more to come, and the fact that they remain arrogantly unmoved by the scientific data is just appalling.

However, I think that vaccine deniers are just the tip of the ice-berg, the little bit we can actually see, the real problem–the 90% of the iceberg under the surface, is the terrible amount of scientific illiteracy we see in Malaysia today, from Evolution deniers to Vaccine deniers, to Feng Shui followers and Bomoh worshippers, these are all indicative of a dark-age society that has yet to come into contact with science, these things shouldn’t exist in a country that is as advanced and developed as ours.

If we don’t stem the tide, and begin really educating our children in the scientific method–we’ll end up raising a whole bunch of vaccine denier, with serious consequences for society in general.

We live in a world made possible by science, in the past a man could die at age 50 due to TB, and people would say he had a fulfilling life, today people over the age of 65 are still working and enjoying a higher quality of life than their parents did at age 40. This progress isn’t entirely due to vaccination, but it is in part due to it. Those who espouse going back to the ‘good ol’ days’ don’t really know that the good old days is just a figment of our imagination, hunter gatherers, constantly struggled to survive and engage each other in primitive war over turf, science is an understanding of the natural world that allows us to apply our knowledge to save lives, and improve the quality of life.

Denial of science, isn’t just stupid, it’s a denial of history, and a stubborn insistence of living with a lower quality of life.