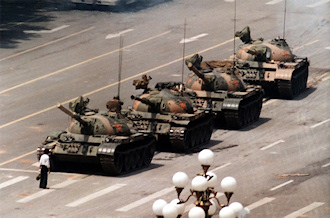 I’m truly anxious at the recent rhetoric about ‘regulating’ of the internet, and fear the worst. I grew up with the internet and like to think we made a journey together, from my high school days where dial-up internet was the norm, to the blazing fast broadband I have now–things have change a lot for the both of us. I am a digital native, I know no other land other than a digitally infused one we live in today. Couple that with my unique libertarian views and my savvy for all things tech, and you can quickly see why I strongly oppose internet censorship of any kind….and I really mean any kind.

So when certain groups like GAPS call on the government to ban Facebook completely, I get a fairly annoyed. This follows just days after similar groups called for Malaysia to follow in footsteps of our neighbours down south and place a price on blogging–to the tune of SGD50,000, and who can forget the day when a respected journalist in Malaysia called for the ban of Youtube.

Any little bit of internet censorship puts Malaysia on a very slippery slope–and I believe we have to look to countries like China to see just how steep the slope really it, and follow it to its logical conclusion.

The Chinese government get a tad-bit sensitive when it comes to the Tianamen Square Protest–so they decided to censor the internet for any mention of it. However, they really took things to the next level when it comes to keyword censoring, including censoring the word ‘today’ on the anniversary of the protest. The guardian reports:

“today” is part of a long list of search terms that have been censored on Sina Weibo, the country’s most popular microblog.

Took me a while to figure out May35th, but I eventually got it. (did you?)

If the government thinks it can begin censoring the word ‘today’ from social network sites–do you really think they won’t censor anything else.

However, they didn’t stop there, what followed was a wholesale block of Wikipedia’s HTTPS website, leaving only the HTTP version of wikipedia accessible from within the great firewall. As we’ve seen with similar censorship initiatives in Malaysia, HTTP is unencrypted and allows of filtering of seditious words like ‘today’ and ‘DAP’ because any intermediary network can determine your target URL and censor it. HTTPS on the other hand is encrypted, which means that the intermediary network will only know the target website (in this case Wikipedia), but can’t figure out which page on Wikipedia you’re visiting. This essentially reduces the censoring capability to an all or nothing censorship–the Chinese chose to censor it ALL.

This of course pales in comparison to the blocks on Google and Facebook, but really is this the country we hope to emulate? The path that people like GAPS and rockybru are recommending sends us on a trajectory of full government control of the internet, and treats law-abiding Malaysians like children who need regulated by a higher authority.

I wouldn’t be so worried if the Government would just make a statement dismissing this–it hasn’t. In fact, the new Ministers are now suggesting that they’re ‘looking into it’. That’s scary! Do you think the government wouldn’t block youtube or Wikipedia? I beg to differ. At think that once we allow the government to censor certain sites, we enter a dangerous realm where we grant control of our information to a select few individuals–who really have no business regulating and censoring in the first place. What’s more important is that from past experience we’ve seen that the government won’t hesitate to use these powers to censor political discourse and criticism.

I hate to see us start a complete block of Wikipedia, particularly when so many Malaysians have contributed to Wikipedia. If you still think I’m paranoid, the very same arguments used by Rocky to block youtube, or by GAPS to block Facebook, can easily be used on wikipedia pages like those of the Jyllands-Posten cartoon controversy, in my mind it’s not a far stretch.