I read a brilliant article on the Evidence act by Zul Rafique and Partners that I think everyone should read. In it, the author compares the newly amended Evidence Act (supposedly amended to combat the evils of the internet) to a sub-section of the original act meant to look into telegraphs. Now I must admit, that as an internet kid, I don’t quite understand the concept of a telegraph, but the point is that even before the internet Anonymity was possible.

The public perception that is reinforced by ignorant government statements, is that with the internet has enabled anonymity which in turn has enabled crime.

According to Datuk Seri Mohamed Nazri Aziz, Minister in the Prime Minister Department, the amendments were tabled to address the issue of Internet anonymity since this very fact makes it extremely difficult, if not impossible, to trace the alleged offender.

That is a false statement.

Let me introduce you to snail-mail. 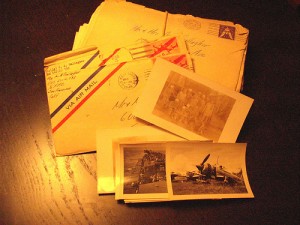 In the past, long before the internet was around, people use to communicate via letters and postcards that were hand-delivered by postmen to your doorstep. This is a foreign concept to most children but it’s good to let them know just how hyper-connected they are in relation to their parents or grandparents.

When you send a letter, you write a note on a piece of paper, sign it at the bottom (presumably with your name) and then place it into an envelope. You then write the name and address of the recipient on the envelope, afix a stamp (that acts as a proof of purchase)–and then drop it off at any post office you see fit. The Post Office then somehow routes that letter to the recipient on the envelope–physically hand delivered.

Notice–you never have to prove your identity when you send a letter or postcard. No where in the chain of events are you ever asked for your IC or phone number, in fact I could just as easily write a malicious letter, post it to the Prime Minister and sign it as Datuk Seri Mohamed Nazri Aziz. Would the Prime Minister then automatically assume his cousin sent him the letter just because it was signed in his name?

I guarantee you it’ll be harder for the authorities to trace that physical letter as opposed to a similar digital email. Too many people watch CSI these days to believe that statement, but there’s a reason why kidnappers still use physical constructs–because in the digital world you always leave a trace.

If we apply the amended Evidence Act to the letter analogy, Datuk Seri Mohamed Nazri would be charge for sending that malicious letter to the Prime Minister–even though he never wrote it. All of us understand the stupidity of assuming someone sent you a letter just because the letter was signed by that person, yet we seem to think nothing of it in terms of emails. In fact, if I wanted to get Nazri into a whole heap of trouble, all I’d have to do is send 1000 similar letters to 1000 different people, and sign it with his name–in that way, he’d be charged 1000 different times in a 1000 different court proceedings and even though he might be deemed innocent on each count, it’s still a whole load of trouble I can cause for him for the price of 1000 stamps (roughly Rm500 which wouldn’t pay for even one hour of a lawyers time).

With the internet, I can automate it so that I send as many emails as I can for basically zero dollars, and cause nearly anyone a whole heap of trouble.

In fact, what’s to stop someone from sending out emails in my name using a free account on GMail, and signing it with my name and website address? Nothing.

I need to be able to rely on a legal system that has enough common sense to distinguish between what I really sent and what I didn’t send–rather than automatically presume it. 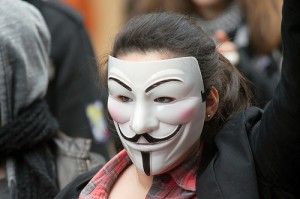 Anonymity gets a bad reputation by Governments, and for good reason, Anonymity scares the shit out of Government.

Think about how Governments are ended peacefully–through an election, and we all know how elections are run–anonymously. In fact anonymity is the cornerstone of democracy, if people can’t cast an anonymous vote you don’t have a democracy. We intuitively understand the need for anonymous voting, we understand that if your vote wasn’t anonymous the Government or political parties could influence you (either by carrots or sticks) to vote either which way. We understand the need for everyone to choose their government without undue influence and so far after thousands of years of refining the democratic elections–we still rely on anonymity to do that.

And while voting once every 5 years, and running a blog aren’t the same things–the reason we need an anonymous voting system is the same reason we need (desperately in some cases) the ability for people to write what the feel without fear of retaliation or undue ‘influence’.

The idea that Anonymity is only used by hackers and criminals , could not be further from the truth. Anonymity is used by whistle-blowers and wiki-leakers, that keep governments and big corporations in check. To eliminate anonymity is to eliminate democracy and to give free reign to the governments. That’s why governments are afraid of anonymity, because it keeps them in check–and sometimes throws them out.

Anonymity is a element of Freedom, and just like any other element of Freedom it can be used for Good and for Bad. To eliminate something that is an element of freedom is to eliminate freedom itself from society. Anonymity is the great power equalizer, it allows small citizens to take on big corporations and even bigger governments–ever wonder why all the super heroes in the comics were anonymous? (well except Iron Man)

Can we trust the Government?

Nope we can’t, and we shouldn’t. Regardless of whether it’s Pakatan or Barisan the general rule is that we should design laws that cannot be abused by anyone, not rely on the promise of a government not to abuse a law. The evidence act, can so easily be abused, that really all it takes is one nasty home minister–and he could lock up half the country–presumably the half that doesn’t vote for their party–not since God left Adam and Eve alone with the forbidden fruit has such levels of temptation been seen.

It’s an important distinction–we should not trust our government to the point of giving them too much power. Isn’t that why we ended the ISA in the first place? We need a proper legal framework in place rather than having a legal framework that can be abused by certain quarters–and then give ultimate trust to these quarters not to abuse them. Trust cannot work with government.

In fact, just to give you a good example, during the creation of the MSC, the government worked out a Bill of Guarantees that among other things–to ensure no censorship of the internet. Of course, knowing our government they finally broke that promise– but not to ‘protect the sanctity of Islam’ or to ‘protect the Malaysian Public’ –rather they were used by the Government in 2008 to block Malaysia Today — a political blog.

So let’s recap the only time the government decided to violate it’s own guarantee of no censorship wasn’t for Islam or Malaysia, or peace and harmony–it was for their own political gain.

And now you want to trust these guys to not abuse an act that legally permits them to act with near unilateral powers?

Most people work hard for their money (unless of course you’re a politician), yet most people will not divulge their salaries to the general public. It’s a matter of privacy which is contextual, and if you do not wish to share your salary information with anyone then it is your decision and your decision should be respected.

Of course, salary information and political opinions are not the same. Particularly if your political opinions are documented and published online, but I still must insist that you have a right to publish information online–anonymously, and that even though anonymous blogs sometimes defame people and corporations for no good reason, there exist good in the ability for Davids to take on Goliaths without worrying about the consequences.