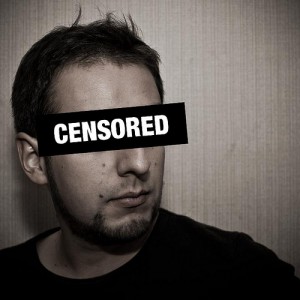 In Malaysia though there has been little reporting on the issue, while some local blogs did mention SOPA, and a few newspapers briefly covered it, not much has been discussed on either of the laws. It’s typical of the Malaysian media to report less on matters that actually matter, and more on frivolous material like this article from the New Straits Times that read “Unity is Priceless: PM”. Really? Cause the rest of us thought Unity was worth around about Rm2.75 . I mean apart from pointing out the obvious, the article has absolutely no content, apart from the big picture with the “We Love the PM” nonsense.

That being said, there were a few articles on SOPA and PIPA, however those articles for censored to a certain degree, and here’s how.

This is the open letter that top tech executives and entrepreneurs wrote to Washington to protest SOPA:

An Open Letter to Washington

We’ve all had the good fortune to found Internet companies and nonprofits in a regulatory climate that promotes entrepreneurship, innovation, the creation of content and free expression online.

However we’re worried that the PROTECT IP Act and the Stop Online Piracy Act — which started out as well-meaning efforts to control piracy online — will undermine that framework.

These two pieces of legislation threaten to:

We urge Congress to think hard before changing the regulation that underpins the Internet. Let’s not deny the next generation of entrepreneurs and founders the same opportunities that we all had.

Now if you don’t believe me, I have proof that it’s at least censoring the mainstream media.

This is a report from the AFP (taken from the Sydney Morning Herald) on SOPA, and snippet of that report refers to the open letter pasted above:

However, in the copy of The Star dated January 19th, page 52, I saw the following:

Conveniently the paper chose to ignore Malaysia on the list of governments censoring the internet. This requires further investigation, for now though I’m thankful I stopped reading the Main Stream Media years ago…looks like you should too.

This picture taken from a facebook posting of a friend says it all: 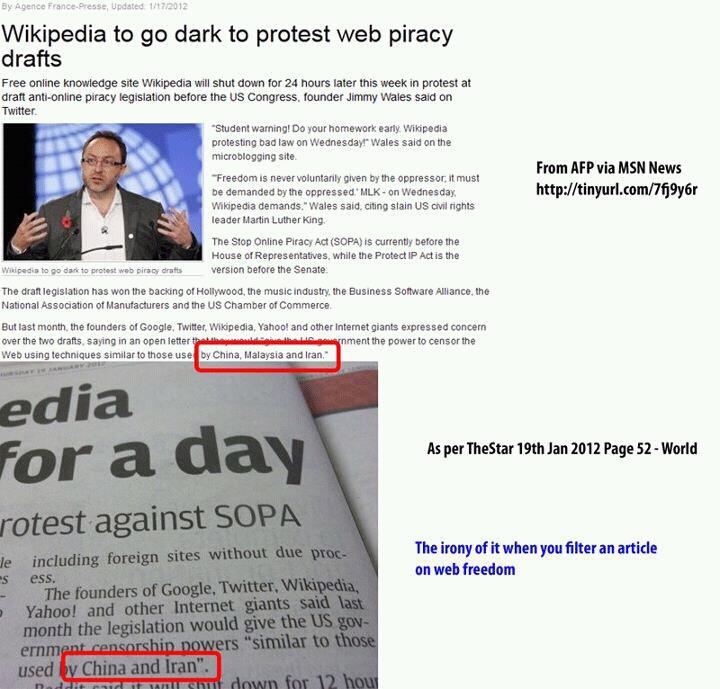