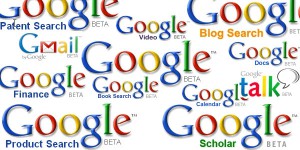 I basically live on Google servers, the first sites I visit when I wake up are Google Mail and Google Reader, without these two sites I’m basically lost. I seldom log on to facebook anymore and twitter may keep me occupied for about an hour, but after that I need my fix of Google. Google is such an integral part of our lives, in fact since 70% of my readers come here via a Google search, chances are you wouldn’t be here reading this very post right now–without Google.

The question then becomes how much do we trust Google? Have we really thought about trusting Google given how much we rely on it. Think about it if Google were to go down, where would you go for more information. Chances are you’d head on over to bing, take bing away and you start having problems.

How do you search for search engines, when you don’t know any??

You’d probably crowdsource online, you’d head over to facebook or twitter, and start posting of how depressing your life is because you can’t search for something. Sooner or later, someone is going to answer you and provide you a list of search engines and you’ll be back in business.

So as reliant as I am on Google, I know that certain things can’t be left to the devices of mere algorithms and machines, such as Google Translate. Unfortunately, no one told the Malaysian Ministry of defence, the same ministry that handles Billions of dollars worth of purchases can’t hire someone to translate their website. So what happens when you translate an entire website using google translate– extreme fun. Apparently, women working for the ministry shouldn’t wear “clothes that poke the eye” and men should aspire to wear “collared shirts and malay civet“. I don’t know about you, but I’d much rather wear a shirt than a wild cat around my collar.

Establishing a ‘halal’ Internet based on Islamic law will allow the Ahmadinejad regime to make sure unwanted material does not appear on social network services, which were instrumental in the protests against the allegedly rigged reelection of Ahmadinejad more than two years ago. The official Iranian news agency IRNA announced on Sunday that the country’s own Internet network will solve problems with costs, security and bandwidth. The new network is to become operational in a few weeks and will not need international bandwidth for domestic connection.

I guess we always have to balance it out, between trusting too much and trusting too little. The answer of course is less clear when the question becomes how much trust is just right?  In a time when wikipedia (and not Britannica) is the de-facto source of information how much trust should you place on the internet? Basically the internet content created by people…

The question really becomes, how much do you trust people?