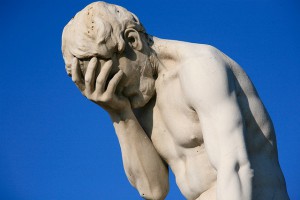 The Malaysian government is a crazy bunch, just today I saw two bits of news that left me squirming with disgust. First a short piece on Christmas Carollers requiring Police Permits to go Carolling (not just permits but full details of every activitiy) and then later today there is a new Computing Professionals Bill 2011.

Why would a government want to regulate the computing Industry? It’s not like we’re bankers or something? Why is there a need to regulate an industry that first off is too broad to define under an umbrella called computing, and secondly isn’t exactly a threat to national security.

Lowyat has done a great deal to summarize the bill and post it up for reading here..

But where we should be really intrigued is a part of the bill (according to Lowyat) that says:

Dealing in the Computing Industry in Malaysia without being registered with the Professional Body will make the individual liable to a fine not exceeding RM20,000, or a six month jail term or both.

Now I understand these sorts of penalties imposed on Doctors or Lawyers? But IT professionals…so I need to register a company if I’m delivering IT services like fixing laptops or selling hard-disk?

I actually understand that this is part of a greater understanding of the importance of IT in Malaysia, but to regulate it to this extent is downright idiotic. If the Government wants to regulate the companies that deliver IT services to the government, then by all means…but regulating every IT company (as the bill implies) is just downright moronic. It’ll actually serve to cripple the small entrepreneurs and service companies, so no kid from down the block can start a small business fixing PCs or setting up websites, and University students won’t be able to create startups. The more you regulate the less innovation you enable, and while we want to regulate banking and medicine (don’t want kids practicing medicine) we want innovation in Malaysia and this bill if passed would really kill it.

Down with the damn Bill!!