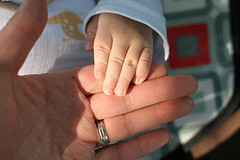 According to a New York Times article today, the world has apparently shrunk beyond our imagination. The latest study uses facebook as the base for their study, and used it to study the separation of people.  Previously I blogged about the amazing study conducting by (even more amazing) Stanley Milgram and how he came up with the concept of 6 degrees of separation. The latest study not only re-inforces the original study, but goes further to explain that the number is now only 4.74.

It really is a great opportunity we have now with facebook being the Hyper-Social network, with little competition. What this means is, at least for now, everybody online has a facebook account. That would certainly change in the nest 2-5 years, but what’s really interesting is that with facebooks great popularity, we have now have a wonderful chance to perform these kinds of research, and kudos to facebook for actually initiating it. The data from the research can be found on facebooks data page. Now onto the research:

Adding a new chapter to the research that cemented the phrase “six degrees of separation” into the language, scientists at Facebook and the University of Milan reported on Monday that the average number of acquaintances separating any two people in the world was not six but 4.74.

Now before you jump to more conclusions, I suggest you read the article in it’s entirety here.

First off, by looking at the data, the researchers actually took into account ‘historical’ data, going as far as Jan 2008, and found that for US users, the hop distance (the amount of people needed to connect you) reduced dramatically from more than 5 to 4.74 in less than 4 years. That’s amazing. What’s even more amazing is that users in other parts of the world didn’t experience the same reduction.

Less amazing, is also the methodology of the research, the search took all friends on your network as equals. In other words, that one girl or guy you met at your third cousins wedding, and added them on facebook because you thought you had a chance, would be on the same level of intimacy with you as you closest most dearest friend. In terms of this research, a friend is a friend, which (according to critics including myself) doesn’t justify connection. Just because someone is a friend with you on facebook it doesn’t imply that you have a connection with that person.

The second obvious ‘flaw’ is that this study only uses facebook users. While this may not seem like a big problem to you, consider that most mainland Chinese don’t use facebook but some other locally flavored social network. So that’s 1.2 billion people that weren’t included in the study at ALL (not even a sample set).

So while I’m critical of the study, I actually welcome the effort and (with a pinch of salt) the results as well. I believe sooner or later we’ll be more connected than when Stanley Milgram performed his great experiment. However, I’m also a strong believer of Dunbars number, and believe that at any one point in our lives we will form close connections with just a fraction of the people on our friends list. That’s why we grow closer and apart from different people at different points in our lives, that’s just a part of living. Interestingly enough, it is through weaker connection, where the benefits of social integration is most visible. That however, is a topic for another techless tuesday.