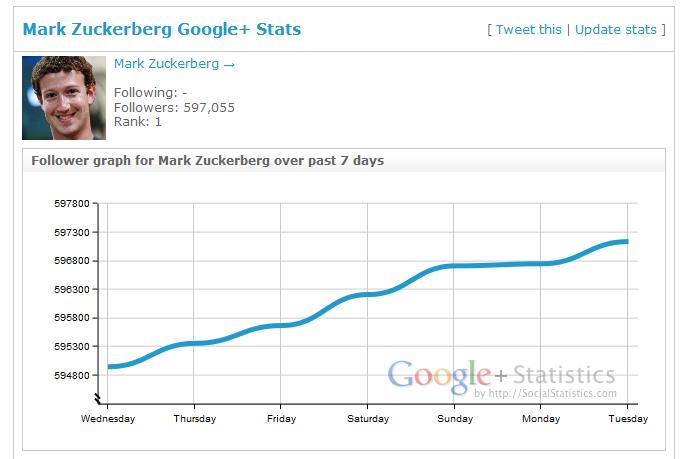 Sometimes life throws you surprising ironies that you can’t help but just bury your head in sorrow, like an ex-girlfriend becoming your boss or the office jerk winning the lottery.

Google aspires to overcome facebook as the number 1 social networking site by launching things like +1 and Google+, however in a surprising twist of fate the number 1 user on Google+ was none other than Facebook CEO Mark Zuckerberg. You almost hear the collective ‘DOH!’ from the googleplex echo through silicon valley. Homer Simpson would be proud.

The situation is made even worse by the fact that the 2nd most popular user on the social networking site is Google co-founder Larry Page, missing out on the  number 1 spot by more than 20,000 followers. Marks probably thinking to himself, If Google can’t even beat me in their own back yard how do they intend to beat me when facebook really starts competing?

The situation gets even more depressing the further down the list you go, at a respectable number 3 is Britney Spears, with Snoop Dogg and Googles other (possibly less known co-founder) Sergey Brin. I mean…who still cares about Britney anyway?