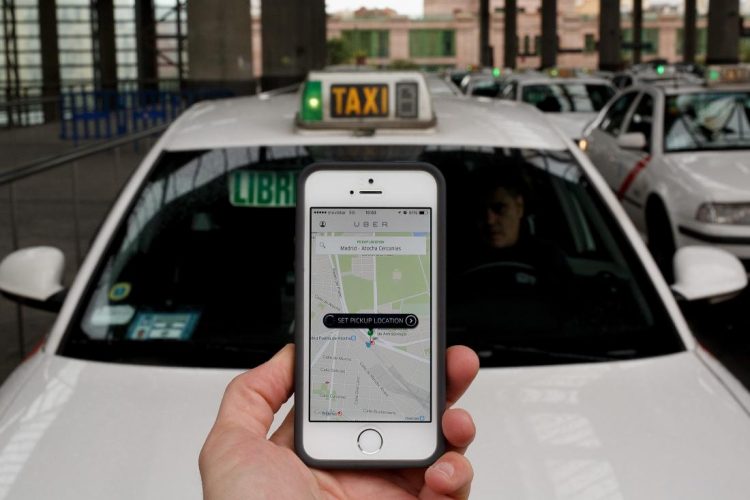 Two weeks ago, I took my first ever Uber ride, and here’s what I think is The Good, the bad and the ugly of Uber.

The app worked perfectly out of the box, it was intuitive, and the drivers that fetched me from (and to) the Toyota service center were courteous and friendly. What was even more shocking was the price–Uber is freaking cheap.

Bukit Jalil to Bukit Bintang for RM20.20. I remember a time when taxi drivers would charge me Rm10 just to drive from Menara Citibank to KLCC, or RM20 to drive from the Kelana Jaya LRT station to Subang Parade–and that was after I haggled, begged and bargained the prices down.

Uber is so cheap, I felt compelled to tip the driver, but the app doesn’t let me do it.

And when a cheapskate klang boy feels compelled to tip, that’s when you know things are cheap.

Some of you may scream, that Uber isn’t legal and that it’s not regulated. Well, a Taxi Driver refusing to use the meter is also illegal, and if I’m going to choose and illegal Taxi vs. and illegal Uber–I’ll take the Uber, thank you very much.

And in terms of regulations–well Uber (the company) does regulate it’s drivers, probably as much as SPAD regulates taxi drivers. But the Uber system works perfectly in terms of self-regulation, Passengers rate drivers AND Drivers rate passengers too.

What that means is that you can’t be an asshole passenger, because drivers would give you a bad rating, and no one would want to take you anymore. And because rating drivers is so easy, drivers can rely on the hundreds of good reviews they’ve had to offset one nasty review.

Contrast this with how SPAD regulates its drivers–well actually it doesn’t!

I tried calling SPAD hotlines before for speeding express busses and lorries, those numbers just don’t work. In truth, I think Uber is far more regulated than taxis in KL.

And anecdotally, the Uber cars I got into were cleaner and better maintained that most taxis I’ve been in. So if SPAD is regulating them, I’m not sure how effective it is.

Finally, Uber seems to be helping Malaysians make ends meet. One of my drivers was a part-time property agent, who was driving Uber in his ‘off’ time to make some extra cash, and the other was a recently layed-off employee who resorted to Uber as his primary income. Both seemed pretty happy about the arrangement–so I guess I’m happy for them.

Uber is cheap, works perfectly (on all my trips at least) and has friendly and courteous drivers. What’s there not to like?

An Uber driver is more likely to be tech-savvy , middle-income and my age. The same can’t be said of generic cab drivers in KL.

Driving an Uber Car requires you be the following:

A poor man driving a 15-year old Proton Iswara is not going to have an Uber opportunity, and neither is a 50 year old uncle who doesn’t know how to use a smartphone.

In some ways, Uber is an sequestered community or tech-savvy 30-something urbanites, and that’s a bad thing. But wait till you see what comes next.

If you’re waiting for the part where I reprimand the Taxi drivers–that’s not the point on the post.

I want to focus on the nice Uber Drivers, because something not-so-nice is going to happen to them.

Uber drivers will be the front-lines of the job wars humans will have to fight with Artificial Intelligence. And most people on the front-lines don’t make it through the war.

The moment Google (or whoever else) releases their an autonomous vehicle, that local authorities will let on the road, is the exact instant Uber drivers lose their source of income.

An Uber driver working 12 hours a day, 30 days a month, can expect an income of around RM8,000–a number Uber themselves guarantee. Some have this number at Rm10,000 or even Rm12,000, but those are not guaranteed numbers.

Even then, it’s revenue and not salary. The driver still needs to maintain their car, pay their fuel bill, and gets no EPF, medical benefits or annual leave while doing so.

Roughly, if you drove a more realistic 8 hours a day (from 6am to 3pm) and only for 22 days a week (leaving weekends for your family), you’ll earn just over RM4,000. Minus cost, and the loss of EPF and Medical Benefits, and you’re looking at an effective salary of about RM2,500 .

An autonomous vehicle needs no rest, and therefore can drive 24/7. It requires no EPF or Medical Benefits either, and can be programmed to drive in a fashion that prolongs the life of the car, consumes less fuel, and charges more. Autonomous vehicle will over time incur less insurance premiums, cost less overall and replace ‘driverable cars’.

Think about it, horses are considered a  luxury these days because of cars, and in the next 3-5 years, the manual gearboxes will cost more than automatic ones (in fact, most cars these days don’t come with a manual option anymore).

In the same way, rich people buy houses to rent to poorer people–rich people will buy autonomous cars to Uber around. If Johnny Bill Gates can expect a return of RM4,000 for a full-time autonomous vehicle that Uber-ing around, he’d buy a 1000 of them and put 1000 Uber drivers out of business.

We’ve got 10 years (at most) before the guys relying on Uber to supplement their income have to look elsewhere–and the saddest part is that their driving Uber in the mean-time, which isn’t adding any hard-skills to their resume (aside from the ability to make casual conversation–a skill most people lack).

Uber is just delaying a huge problem that’s going to come over the horizon.

And sure, taxi drivers and lorry drivers are in the same bucket as well.

The problem with AI

The only real-problem with AI in Malaysia, would be that some genius would figure out to call AI cars to some dogdy corner of KL, and start stealing car parts while the AI sat passively not harming humans!

So if autonomous vehicles ever landed in Malaysia, and you saw a couple of guys jacking up Uber cars to remove the rims–you know what’s happening.