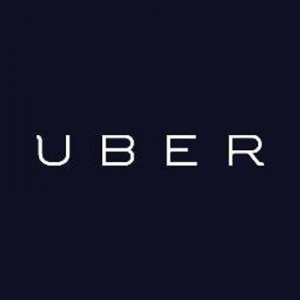 Uber, a company that connect passengers with drivers of vehicles for hire and ridesharing services–is now banned in Malaysia. The Uber service was viewed as a god-send by citizens of KL simply because the existing taxi service in the city–is Shit!

So why did the Government choose to ban a service, that was improving public transport in KL? For the small matter that it violated a couple of laws–no big deal really. Laws are made to be broken aren’t they?

There’s no need to go into the details of whether Uber is legal or illegal, that’s an irrelevant point. Even though the cars Uber offered were far safer and more comfortable than any other Taxi on the roads in KL–it probably couldn’t get the necessary licenses if it tried. In other words–it couldn’t legalize itself. But that’s a mere side-note to this whole debacle, the real problem is how Malaysia handles disruption.

Uber is a disruptive service that was on the verge of changing the way Malaysians view public transport–but some people in high places may not have liked that. To me as a techie I can’t understand the reason for any of these laws–in fact at its core ‘The Law’ is a piece of technology. But the people drafting the law, MPs in Parliment aren’t even well versed in things like the internet, let alone these disruptive technologies which requires new laws to regulate.

If we are to be a developed nation, we need to embrace disruptive technologies, because that’s how we innovate, and at some point all innovation requires someone to break the law, because the law can’t foresee disruptive technology–that’s almost by definition. We can’t realistically expect the politicians to keep up with technology, let alone draft legislation to regulate them. And every new piece of legislature put out by politicians very quickly reaches the boundaries of it’s effectiveness the moment new technology becomes available.

1. E-Mail: Back in the day when people were still snail-mailing and children had real pen-pals, many thought that E-mail would be the death of the postal service. The internet was going to replace the mailman–and in some ways it did, but I’m willing to bet the average Malaysian household now spends more money on postal services than it did 10 or 20 years ago. I’ve spent more than Rm100 last year in postal fees alone, how you ask? Simple: I shop online–a lot. I buy books, CDs, some stuff from Groupon I never use, and all of that is shipped via post-man to my house, usually at a higher profit-margin than a letter would have netted Pos Malaysia. So instead of losing money–POS Malaysia actually has probably gained from the internet.

2. SMS: When Whatsapp and Skype come on board, many though the telco’s like Digi and Maxis were going to suffer. But they didn’t–instead they thrived. Today I have a mobile data package from Maxis that I didn’t have 5 years ago, so while the revenue from SMS’ obviously decreased the overall revenue and profit of the Telcos have done anything but decrease. Telcos have always been viewed as innovative, but some tried to arrest this decline by pushing MMS and EMS even though Skype was a far superior solution–fortunately, the better solution lived and now we live in a time where a message to someone (wherever they are in the world) cost almost nothing.

So whenever there’s a technology that disrupts an environment, and that disruptive technology is obviously superior to the status-quo, the societies that embrace them move forward, while the societies that shun them stay locked in the dark ages. Imagine if Maxis refused to provide Mobile Data for fear of losing out on the profitable SMS game, of if a law was passed in Parliament making E-Mail illegal.

Imagine what kind of society we would be in? So when the government bans Uber, simply because it violates some inconsequential law that has no purpose–it strikes me as scary, because this isn’t about Uber, this is about how Malaysia plans to keep its competitive advantage. How can we compete with everyone else, if we’re still stuck in the stone-age because our legislative bodies takes years to draft out laws, while technology can go through entire generations in just months. How a country adopts and embraces disruptive technologies is an important metric to determine how prosperous it will be over the next decade.