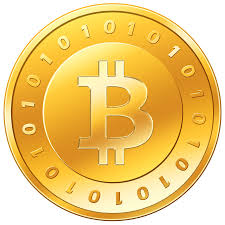 WTF is a bitcoin? There’s much ado over the digital currency and many people struggle to understand what it is. In fact, even I haven’t fully grasped the fundamental nature of how it works–but then again I don’t know how the banking and fiat currency system work, yet I still use it.

In essence, there’s been a huge amount of really technical literature written about bitcoin, but most of it is long–really long, and unless you’re prepared to spend a few hours and some mind-numbing amount of effort to digest it, I took it upon myself to distil my knowledge of bitcoin so that you have at least a working knowledge of it.

Don’t think of it as a currency

The first mistake people make is thinking of bitcoin as a currency, the analogy works but not so well. A piece of paper currency has a valued ascribed to it by a central bank. In Malaysia, Bank Negara controls and regulates the Ringgit–and it can restrict foreign outflow (just like we did in 1997) and we can print more ringgit to pay of debt (just like what the British did with the Pound). In essence the value of the ringgit isn’t ‘regulated’ by Bank Negara, it is controlled by Bank Negara, and they have a whole bunch of levers that they can push and pull to raise or lower the price of the Ringgit.

On the other hand we have precious commodities like Gold. Gold isn’t regulated by any one central government or bank. The value of Gold is purely a result of the supply and demand in the marketplace, and just like any other precious commodity, part of that value lies it is rarity. It’s rare, and mining it is complex business, so the supply of Gold into the market is controlled by natural consequences.

Gold is valueable because it has value–a currency is valuable because a government says so.

So the best way to think of bitcoin is to treat it as digital gold rather than digital currency.

So what’s the Gold part of it

Just like Gold, bitcoin is rare. The complex mathematical models that create a bitcoin transaction make it rare. In order to get bitcoins, you either can buy them, or you can mine them–just like Gold. However, unlike Gold that is mined with picks and shovels, bitcoins are mined using pure computing power. In essence the bitcoin system throws out a ‘challenge’ every 10 minutes and the first person in the bitcoin system to successfully solve that challenge wins a fixed sum of bitcoins, (as it stands that’s about 25 bitcoins). The most interesting thing about solving the challenge though, is that it’s not a case of mental agility or finding Wally, instead it’s like playing the lottery–and the more computing power you have the more lottery tickets you can buy. What this means is that the guys with the most computing power are more likely to win.

So why are governments afraid of bitcoin

In some sense, having some form of regulation works. Bitcoin fluctuations are ridiculously high, and no central bank in their right mind would have allowed their local currency to fluctuate so wildly–if for no other reason than it would be bad for business.

So in essence, an investor in regular foreign currencies is somewhat protected by this regulation, though not entirely, one only need to look at Zimbabwe to figure that bad shit crazy politicians can screw anything. In general though, bitcoin is susceptible to far greater highs and lows than regular currencies, think of it as though foreign currencies were bonds and bitcoin was the penny stock.

Governments aren’t ‘truly’ afraid of bitcoin, but they are warning potential investors to know what it is they’re getting into before buying. Many an investor has been burnt for investing in technology they didn’t understand, and bitcoin will be no exception.

Yes and No. In fact, cold-hard cash is probably the most anonymous form of currency anywhere–Gold being a perfectly viable anonymous currency as well. BitCoin though is sort of in 2nd-place, but unlike cold-hard cash and Gold, bitcoin can be traded online, giving it a distinct advantage over Gold or Cash.

Every BitCoin must belong to a ‘wallet’ and a ‘wallet’ is the store of currency. So if you want to use bitcoins you need a bitcoin wallet or address to do so. The problem arises when you wish to transact, every transaction ever transacted in the BitCoin system is forever documented in the transaction ledger, part of the genius of BitCoin is that by documenting every transaction, nobody could ever double-spend. The problem is that every transaction is documented, and hence the only real protection you have is in keeping your wallet details secret–something that’s not so easy to do, but doable.

Hasn’t blown up anybody yet. So yes, BitCoin is safe, but as mentioned it’s not 100% anonymous and it’s not a safe investment. It does not pose any danger to you though.

If you’re worried about the financial safety of the system, BitCoin is about as safe (or unsafe) as Gold.

BitCoin is pretty cool as tech-geek, but whether it’ll be able to supercede Cash or Credit cards, is something it’ll probably never do. Until then it’s viable, but the jury is still out.

*This is a long list of post that I’ve brought out of ‘hibernation’ or permanent death. These were post that were left half-done for a long time, and I just posted them (in some cases half-done).