“House of Cards is really big in India, I discovered,” Spacey told reporters at the International Indian Film Academy Awards which took place in Tampa, Floria – the first time they’ve been held in America. “Except isn’t it funny that Netflix doesn’t exist there yet. Which means that you’re stealing it.” 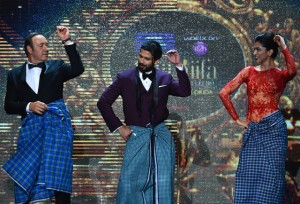 I’m gonna be honest here. Kevin Spacey is one of my all time favorite actors, from his brilliant work in Usual Suspects and American Beauty, to his legendary performance in the House of Cards series–this guy can do no wrong.

I was taken aback by his statement on the popularity of House of Cards in India–something I expected him to be happy about. Instead of thanking the fans for their support, he turns around and called them thieves for ‘stealing’ House of Cards.

But whose to blame for the fact that no one in India can watch House of Cards legally? Is it the Indians who pirate the show—or is it Netflix who choose not to make it legally available to them.

The copyright trolls chime that just because it isn’t available doesn’t mean you can steal it, which is a valid point, except of course that this isn’t stealing.

If you stole my car, I’ve lost something of intrinsic value and something that I could have derived further value from, had you not stolen it–in other words you’ve gained and I’ve lost. That’s the definition of stealing, it’s a process where someone gains and somebody loses.

If you copied a song from my iPod, I’ve not lost anything, my iPod still has the song and you have the song. That’s what makes digital copying so awesome, you’ve merely copied from me, rather than take something from me. You gained–but I haven’t lost anything. That’s why so many people willingly share their digital content, because they don’t lose anything, yet everyone else stands to gain.

The trolls however, argue that sharing digital content, like the House of Cards series is stealing from Netflix, who own the rights to the series. Because instead of buying the content, others can now download it free–thereby losing a potential sale, which is the default defence in these cases.

But nobody would have subscribed to Netflix in India, because Netflix isn’t available there. How can you complain that someone is stealing from you, when you’ve lost nothing–not even the ‘prospect’ of a sale. Indians have gained, but Netflix hasn’t lost. So this isn’t stealing.

However, this could dilute the full value of Netflix when it does launch in India, but the question of course is why haven’t they launched? Netflix could literally launch in India at the flick of a switch, yet they choose not to–partly because the copyright holders want to sustain the higher profit margins of the DVD and theatre sales, partly because they don’t think there’s a market there. Either way, it’s their own fault nobody in India is subscribing to them, and there’s nothing the Indians can do about it, except download the series via the only means made available to them–illegally.

The point is, Netflix chooses not to be in India, and by doing so eliminates any possible way for Indians to watch House of Cards legally–to me, that also removes any right from Netflix (or Kevin Spacey) to complain about Indians stealing the show.

Update: Perhaps Kevin Spacey was a bit too quick with his “stealing” allegations. House of Cards is available on Zee Cafe in India, although not on demand. This means that there is a legal option for those who have access to the channel via cable or satellite