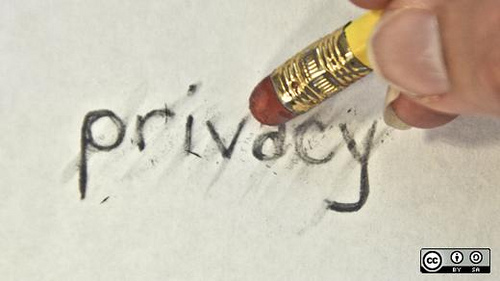 Wedding dinners in the Klang Valley, can only be called wedding dinners if they have at least 3 video presentations, one of photos of the couples on their ‘pre-wedding’ shoots, one for their ‘wedding-day’ shoots and of course the ever popular ‘story of our life’ montage–where the couple walk you through photos of their childhood over what is usually a Kenny G soundtrack in the background.

My parents wanted to have a ‘photo montage’ of my baby pics during my wedding dinner, but not being much of a social person and I obviously opposed the idea, even going to the extent of sabotaging the effort (I cannot reveal the extent of sabotage for fear of incriminating myself)–unfortunately my father is a master story teller in his own right, and still managed to illustrate embarrassing stories of my childhood that almost caused me to blush, almost.

Now obviously, not everyone is like me, and some people rather like having their naked baby photos published for their wedding guest to see and that’s fine. Privacy after all is a personal choice, some people like to share some people don’t. The essence of privacy is contextual, and everyone should be entitled to their own choice.

It may sound peculiar to you, but children are human-beings too, they are entitled to the same choices you adults make, and making these personal decisions on behalf of your children isn’t just denying them the choice, it’s a denial of their civil liberty. Everyone is entitled to their privacy, whether that’s a over-grown buffoon like Bung Mokthar or a 7-year old child just wanting to pee without someone watching. If you don’t wish to share, you shouldn’t have to.

So it came as a shock to me, that a Guru Besar of an Urban school like SMK Sri Sentosa would think that it was appropriate to place CCTV cameras in the childrens toilet to curb vandalism, what made matters worse is that 70% of parents in the school thought it was OK to have CCTV cameras in the childrens toilet–really don’t these parents know any better. A CCTV isn’t just beaming information, it’s storing it, and like everything else in todays digital age, once the information is converted to digital format, you can also be certain that it never (and I mean NEVER) gets deleted.

So your child in the toilet today, is filmed and that film will always be available to someone, in fact if a hacker was skilled enough, he’d have access to the footage of the camera and be able to record your child’s every move in what should be a PRIVATE place. A place where you child is literally doing his own business!!

Shouldn’t the children have a say in the decision? At the very least a vote among the students?

What sort of parent would allow such a gross invasion of privacy? I guess it’s the same sort of parents who relentlessly post pictures of their children to Facebook.

Contrary to popular belief, Facebook has no delete button, you may make it difficult for someone to find your photos, but you can’t make it impossible, the moment you upload a photo to Facebook, it remains on their servers–forever.

And while it all seems like fun and games now, what you’re uploading will remain online forever*–something your child will have to live with for the rest of their lives. Posting a photo of your child on Facebook is not something to be taken lightly, your children are people too, and the decision to post or not to post their photos should lie squarely on them–not even their parents. Because who knows, 30 years from now, your child won’t feel comfortable sharing their baby photos, just like I wasn’t comfortable sharing mine–fortunately for me, Facebook wasn’t around when I was born.

The children of today however–are not so lucky.

*It has to be noted, that Facebook only recently began deleting photos. In August 2012, a full 3 years after the initial complaint the Facebook finally relent and ‘agree’ to delete uploaded photos once a user deleted them. This however, does not apply to status messages.