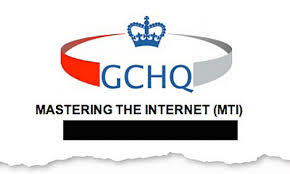 As Edward Snowden begins to look for more ‘accommodating’ countries who wouldn’t mind playing host to a man that currently is more wanted than Osama bin Laden, Saddam Hussein and Kim Kardashian combined, more details slowly begin to emerge about PRISM, painting an ever clearer picture of the extent of the program both Stateside and abroad. Each individual piece of information that filters continues to sharpen the image we have on just what the NSA has (and probably still IS) been surveilling.

However, we also need to acknowledge a separate project called Tempora, which is the British equivalent of PRISM–or since we don’t know the full details of PRISM–we can at least infer that both Tempora and PRISM share the same objectives, which was to spy on internet communications of netizens throughout the world. As of last year, the British had finished attaching probes to 200 fibre-optic cables each with a capacity of 10 gigabits per second. Which would have granted them access to 21.6 petabytes  of data on a daily basis. This we are told is just the half-way point!

Basically the British government through the Government Communications Headquarters (GCHQ) was accessing a vast majority of data flowing into and out of its borders, most of which probably didn’t originate in the UK and was merely transiting through it. The GCHQ is itself a pseudo-military agency which traces its roots back to World War 1, when communications jamming involved shooting carrier pigeons. Which means that a military organization is looking at private citizen data of not just UK citizens, but possibly Europeans, Japanese and even Malaysians, as the internet traffic we use on a daily basis route through Europe and UK before finally landing on the US East Coast.

The interesting though, is that Project Tempora is based in the UK, while PRISM is based in the US, and while local regulations prevent local agencies like GCHQ and the NSA to spy on their own citizens within their own borders, it is physically impossible for a person to be both in the UK and the US at the same time–damn laws of physics….. Which essentially means that between Tempora and PRISM, both the UK and US government can spy on the whole world, and that’s probably what they’re doing.

The UK is a favourite landing spot for all those undersea cables that transverse the atlantic, carrying internet traffic between Europe and the US, and if you’re wire-tapping the lines between the UK and the US, it’s almost a certainty that you’re tapping nearly all of Europe. Which would explain why the Germans aren’t too happy about the recent revelations of Project Tempora, and have sent a list of questions to the British Embassy in Berlin. If I were the German chancellor I’d be very interested in the details of the project, primarily around why it’s named after a Japanese delicacy–oh wait that’s Tem-PU-ra.

As more revelations begin to unfold, one can’t help but wonder if other governments are doing this. We now ‘know’ that the British and the Americans are doing the exact same thing they constantly criticize China for–and if a country like America, where they love their Bill of Rights, specifically the Fourth Amendment can stoop to whole-sale surveillance of both American and global internet traffic, what more other nations that don’t share the same view of personal privacy of citizens.

Countries like Malaysia, where we also ‘know’ they’re spying on their citizens albeit in a more selective and focused way. Would anyone really be surprised if Singapore had a similar initiative? How about countries like Syria, Burma or Saudi Arabia.

Something to ponder about. The internet was meant to be this great democratic tool to promote freedom and tear down borders. Instead what we’re seeing is that governments are guarding, securing and snooping on their virtual borders more than their physical borders. Borders it seems can exist both on the internet and in the real world–it just can’t seem to exist as a book shop (lame joke alert!)

A quote from the Guardian on the extent of Project Tempora (just to give you a flavour of what it is about:

[box icon=”chat”]Struggling to cope with increased demands, a more complex environment, and working within laws that critics say are hopelessly outdated, GCHQ starting casting around for new, innovative ideas. Tempora was one of them.

Though the documents are not explicit, it seems the Mastering the Internet programme began life in early 2007 and, a year later, work began on an experimental research project, run out of GCHQ’s outpost at Bude in Cornwall.

Its aim was to establish the practical uses of an “internet buffer”, the first of which was referred to as CPC, or Cheltenham Processing Centre.

By March 2010, analysts from the NSA had been allowed some preliminary access to the project, which, at the time, appears to have been codenamed TINT, and was being referred to in official documents as a “joint GCHQ/NSA research initiative”.

TINT, the documents explain, “uniquely allows retrospective analysis for attribution” – a storage system of sorts, which allowed analysts to capture traffic on the internet and then review it.

The papers seen by the Guardian make clear that at some point – it is not clear when – GCHQ began to plug into the cables that carry internet traffic into and out of the country, and garner material in a process repeatedly referred to as SSE. This is thought to mean special source exploitation.

The capability, which was authorised by legal warrants, gave GCHQ access to a vast amount of raw information, and the TINT programme a potential way of being able to store it.