For the past week or so, Malaysians have been completely engrossed by the “Listen Listen Listen” video, and barely a day went by without me hearing some lame joke about listening, speaking…and even sharks. Over the weekend however, I had some time to contemplate through the craziness and realize that underneath this viral video that took Malaysia by storm had some rather interesting lessons we could all learn from–that includes the sharks cause everyone knows sharks have got problems and Jaws really needs to shut up and listen.

Sharifah was nothing more than a bully, using her power as a moderator, her age and even her education background to talk ‘down’ to Bawani. For the most part, we’re familiar with videos of people saying stupid things or politicians going at each other–but what really gets our collective blood to boil are bullies. No one likes a bully, and when people find out you’re a bully, they won’t like you.

In the past Sharifah and other bullies would have got their way. Bullies operate exclusively on their own home turf, where they reign supreme, and it would take exceptional courage to stand up against them–exceptional courage is by definition very rare, and therefore it would be a rare incident of someone standing up to a bully on their home turf.

Now however, things have changed, bullies still operate in their domain–but because everyone carries with them a video camera in their phone– that bullying is most often reported. The best part though, and the strongest lesson to appreciate here is that if your bullying gets reported there will be consequences once people find out you’re a bully.

A case in point would be the recent incident of a teenager Amanda Todd, who committed suicide due to bullying–guess who came to ‘avenge her’? The Hacker collective we’ve come to know as Anonymous took time off their busy day from bringing down corrupt governments and corporate big wigs to go after Amanda Todds bullier–and things got ugly.

The core lesson of course is to not be a bully, cause the tables can get turned pretty quickly–as Sharifah is finding out right now.

Lesson 2: The Internet is pervasive

It used to be the internet was something you accessed from a PC connected to a phone line in your home–those days are long gone. With everyone carrying with them a smartphone with mobile data packages, the internet is everywhere. So much so that there exist only a blurry line between where the internet ends and your private life begins.

That blurry line means that whatever you do is in some way recorded and stored digitally–this isn’t the end of privacy but the truth is we’re going to have far less privacy then we used to. Everyone has a friend who constantly updates their status on Facebook, up to describing what they’re eating, drinking, where they are…and for the most part if you’re with your friend you enter into that reporting stream. Similar to the little stock tickers that run at the bottom of the screen on CNBC, your location and activities are slowly but surely uploaded to the collective data store of our private lives we affectionately call Facebook. (It’d probably more apt to call it Big Brother at some point)

And while most would fail to appreciate it, once something is uploaded to Facebook you lose all control of it. You might not like the way Facebook structures their legal agreement on the copyright ownership of it’s photos and videos, but the reality is that once you upload anything to Facebook it’s game over, you no longer control it. Think about how someone like Sharifah could never take down the Listen Listen Listen video anymore than you can take down the Gangnam style videos. It’s over–everything uploaded to the internet is ‘owned’ by the internet and no amount of legal wrangling is going to change that.

Lesson 3: The Internet is persistent

As a corollary to the last point, it means that everything that’s uploaded to the internet stays on the internet, and that’s bad news for someone like Sharifah.

10 years from now, when she’s applying for a job or going to meet up with someone, all it would take is a single Google Search to determine that she was the Listen Listen Listen lady. That’s a scary thought–the internet never forgets let alone forgives. So while the Listen Listen Listen video will surely evaporate from our collective memories, at some point and on some level people will always remember this incident because the internet enables them to remember it–FOREVER!

This is true not just for Sharifah but for all us. Everything you do leaves a footprint that’s cast in stone online. You might not like it, you might not agree–but this is like the rising of the sun in the morning–there’s nothing you can do about it. It’s the way the internet works, and if you fail to appreciate that, you will suffer the consequences.

The internet is a persistent and pervasive tool that captures, stores and spreads every single little action you do. For the most part, some of those aren’t even blips on it’s trajectory–but in some rare cases those videos go viral which usually results in some sort of public response.

Once something gets viral on the internet, there is no stopping it except letting it live it’s course and die off with the next big fad to come along. However, there are things you can do to expedite the death of a viral video…for instance just saying “Sorry” would actually help Sharifahs cause so much I cannot understand why she doesn’t do it.

For some unexplainable reason she chose to employ a strategy of silence–which is ill-advised simply because it’s exacerbating the situation for her. Silence doesn’t help, it could help in the era of newspapers and TV , but not in the era of the internet. The more she stays silence, the more public perception of her becomes negative, and with the cancellation of her ‘How to make your first million’ seminar being cancel , the consequences are rolling in thick and fast.

Slightly off-tangent, has anyone noticed that all the seminars utilize the very same picture of Sharifah, you’d think a millionaire could afford some decent photo-shots??

Lesson 5: When a video goes viral, people are going to get in on the action 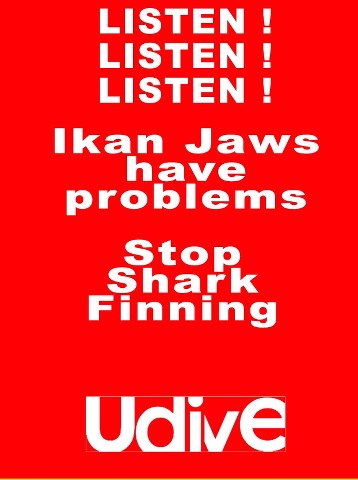 There’s a whole boat-load of adverts featuring listen listen listen, with the more interesting one including mentions of chickens, pigs and even sharks. These cause sort of a second wave to the viral-ity of the video. The initial wave hits everyone on Facebook and Twitter simply because that’s the medium that the videos are being shared on, but when the more mainstream media starts reporting on it, and Advertisers start taking advantage of the situation–that causes all those outliers who don’t use Facebook (like my Father) to get curious and start searching for it.

So the first wave hits Facebook, and the 2nd wave hits those who don’t have Facebook–it gets to a point where everyone knows, even those who aren’t connected to the internet. This is National news people!!

Which just further emphasizes Lesson 1–Don’t be a bully!! Cause people will find out!!

The Internet is a all-knowing (pervasive) and never forgetting (persistent) creature that can quickly spread (viral) your misdeeds, and once it does others will take advantage of it. So for your own sake, learn from Sharifahs mistake and don’t be a bully!! 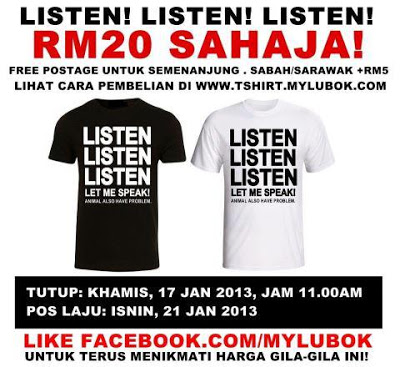