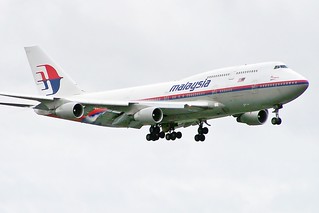 Continuing my series on bigdata and Google bigquery, I’ve decided to share a rather interesting snippet of information regarding our very own Malaysian Airlines and their wikipedia page.

First, just to illustrate how important Wikipedia is in general, the Malaysian Airlines Wikipedia page gets roughly 30,000 hits per month. That’s just one page of Wikipedia getting more hits than my entire website, I can’t tell you how frustrated that makes me.

Having a negative sounding Wikipedia page is pretty bad for business, particularly if 30,000 potential customers view it every month. That’s a web page that needs some serious attention if you’re the marketing manager of Malaysian Airlines.

Unfortunately for MAS (and every business organization there is), Wikipedia has a policy about updating your own Wikipedia page–you’re not allowed to do it. Wikipedia has to keep to it’s original intention of being an online repository of information that is fair, balanced and neutral. Having marketing gurus or corporate big wigs updating their own Wikipedia entry isn’t exactly in the best intentions of anyone, however Wikipedia doesn’t strictly enforce the policy and leave it up to the crowd.

Fortunately, the crowd have responded, sites like WikiScanner allow users to see which IP addresses updated which Wikipedia articles. Some have gone to the extent of correlating those IP addresses to the owners and determining if companies are updating their own Wikipedia pages against the general guidelines. Let’s see if Malaysian Airlines can join that group of companies who’ve been slapped on the wrist for changing the Wikipedia pages of their organizations.

With Google Bigquery I was able to do a little snoping as well. For some reason I couldn’t determine IP address but here’s what I found so far.

2. Of the 2334 updates on Malaysian airlines, 720 were done by anonymous users. Wikipedia user Yamahaboy81 had the highest updates per user at 401, coming in at second place was Jannisri with 181 updates and Marcusaffleck with ‘just’ 99 updates.

3.In comparison Wikipedia user Huawei updated the Singapore Airlines Wikipedia page a total of 612 times, more than the 401 updates done by Yamahaboy81.

4.However, Huawei had also updated Wikipedia pages like Singapore Changi Airport (633 times), List of Singapore Police Officers Killed in the line of duty (337 times), Singapore at the 2005 Southeast Asian Games (296 times), signifying Huawei as a genuine Wiki-fanatic (that’s a good thing by the way).

5.In comparison, Yamahaboy81 had only updated articles relating directly to Malaysian Airlines, including History of Malaysian Airlines (38 times), MasKargo (35 times) and even Enrich Loyalty Programme (18 times). Signifying this wasn’t a Wiki-fanatic, but someone completely engrossed with Malaysian Airlines.

6.If you google Yamahaboy81, all you get is videos uploaded by the handle to sites like youtube and wn.com. These include corporate videos that I would imagine were only privy to MAS employees. He’s also posted up the logo of MasKargo for Wikipedia with the description “Redrawn and actual logo of Malaysia Airlines’ MASKargo. Correct colors and typeface.”

7.It seems Yamahaboy81 had no other existence on the internet other than posting MAS videos and making wikipedia revisions.

8.Also a couple of years ago, Yamahaboy81 disappeared off the internet never to heard from again.

I can’t say anything definitive, but it does look suspicious that we have user under a very generic handle whose entire presence on the internet looks to be posting up youtube videos of MAS and making amendments on Wikipedia for articles directly related to MAS.

Also, if you look at the talk page for Malaysian Airlines on Wikipedia, you can see complaints of previous editions of the page looking too commercial.

We can’t prove anything, but this is definitely a dodgy coincidence. I wonder if other companies are doing the same thing.