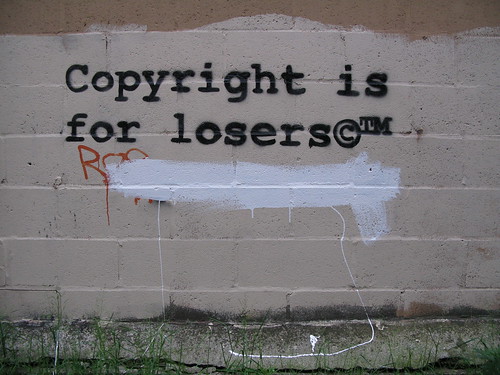 You may remember a previous post about the Trans-Pacific Partnership (TPP) Agreement that the Malaysian Government (our Government) is looking to sign under the pretense of protecting intellectual property to  “encourage investments, innovation, research and development.” Read up this article from the star to learn more.

Like any other law regarding copyright, this one is complicated and hard to understand (at least for me). However, Techdirt recently had two brilliant articles regarding the TPP with regards to Chile. The first article outlines the fact that Chile (another tentative partner in the agreement) was questioning the benefits of joining the TPP, citing the high cost of complying to Intellectual Property obligations:

Each of the presenters explained that Chile already has market access agreements with every country in the TPP region, and therefore the trade benefits of joining TPP are likely to be minimal. Each therefore questioned whether the costs of joining TPP, especially in terms of any presumed increased obligations to expand proprietor rights in intellectual property law demanded by the U.S., would be worth incurring.

They go on a bit further to basically accuse the US of bully like behavior when it comes to Intellectual property:

Apparently the session consisted of multiple Chilean experts (including some current government officials) making it clear that they’re sick of the US bullying on this issue, when they know full well that there would be significant costs associated with signing up for the TPP. In particular, they point out that Chile’s decision to participate in this discussion seems to come almost entirely because of the USTR’s silly and bogus Special 301 report, that names and shames countries the US entertainment and pharma industries don’t like — but which has no objective methodology.

This is then followed up by a 2nd article mostly quoted from infojustice, that clearly outlines what exactly changed, and why the Chileans are angered:

The P4 had a scant four pages on intellectual property that primarily affirmed TRIPS, with additional listings of geographic indicators and obligations to enter WIPO performances treaties. When the US entered the agreement and pushed it to expand into what is now the TPP, it came with hundreds of incredibly specific intellectual property demands, many of them exceeding any standard in any bilateral or multilateral agreement between any parties

So here we have a country whose questioning the TPP, specifically with regards to the increased Intellectual Property obligations, yet here in Malaysia hardly a word is heard. I wonder how far along the Malaysian Government is in its negotiations with the US, but I’d be very afraid if the Malaysia were the sign the deal.

Two sentences sums it all, quoted from the article in the star I first quoted:

Called the Trans-Pacific Partnership (TPP) agreement, its IP provisions reportedly did not distinguish between personal and commercial use.

Malaysia is one of the countries involved in the TPP negotiations with the US Government, which is expected to be concluded by this year.

This is scary to say the least.