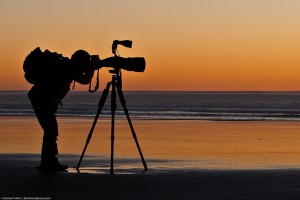 In 2009 I did a year in review and today (on Christmas Eve), I’m hoping to look back at my year and savor my accomplishments and even failures in preparation for my next project which I’m hoping to commence next year.

So most of time this year was spent doing many things, among others I moved out of my parents place into a new house I bought, while this may sound strange to most Westerners staying with your parents till you get married is quite common in just about all of Asia. I started a blog, delivered some successful projects for Shell, went for my first job interview in nearly 5 years, got a great job offer but turned it down , started using twitter and LinkedIn, and even tried my hand at cooking.

Moving house was a spectacularly difficult affair from arranging contractors to contacting various people to nosy relatives and friends telling you what to do …all of it nearly overwhelmed my wife and I, although I must admit she was handling it better than I.

Contractors are a breed onto their own, they’ll promise the world and then under-deliver. I’ve had some pretty bad experiences with mine, but thankfully most of the house is complete now, and we’ve been staying here for almost 5 months with no major issues.

Nosy relatives are almost a definite must-have in this part of the world, of course when you don’t pay for anything it’s quite easy to comment on what needs to be installed where.

Finally the cost of the whole thing was phenomenal. In total I think we spent nearly my annual salary on the house moving, which is quite amazing considering I still don’t know how we pulled it off, but my wife is sort of a financial genius in that department, I really wonder why Goldman Sachs or Morgan Stanley haven’t come knocking at our door yet. If she can figure out how to finance this, she can figure out how to solve this bloody economy.

The move itself was difficult, but as I sit back and look, there is a great sense of accomplishment at the end of the day. Unfortunately, that sense seems to fade with each passing day, psychologist call this the hedonic treadmill, we get used to new things and move on. Which means my house will probably contribute less to my happiness this year than last year, and even less so in the next 5 years….bummer.

I started a Blog

This blog at keithrozario.com has thought me so much about so many things. I don’t regret a single moment of it, and really enjoyed blogging here. Some cool statistics from the blog:

1) About 5,000 people from 111 countries have visited this blog in the past 7 months, that’s not a phenomenal number but still which other medium do you know of allows you to reach out to that many people in that kind of time.

2) One of the highlights of the blog was being mentioned on BFM, and if you subscribe to the Harvard Business Review it will be in the comments section for the January issue 2012.

3) 5,000 people spent a total of 150 hours reading the blog, which unfortunately probably isn’t as much as the amount of time I spent writing it, but what the heck.

Finally what have I learnt:

1) There’s no such thing as ‘even if we get 1% of the market share we’ll be in a good position’. This implies that you’ll automatically get 1% of market share just because you started doing something. It doesn’t work that way, you have to bleed for every hit, for every miniscule percentage point of market share. If you started a blog and got 1% of all internet traffic, you’d be a billionaire because the only sites getting that kind of traffic volume are billion dollar companies. Do you know how many individual blogs get 1% of all internet traffic…ZERO.

2) Blogging is more about Self-discovery than hits. Initially I set a target of getting 1000 hits a month, that’s still pretty low, but amazingly the moment I reached it I was awe-struck. Reaching a target, actually accomplishing something is really one of the greatest feelings on earth, but we move on. Realizing something, discovering that I love tech and am passionate about it, and wondering why I didn’t start this sort of blog earlier…that was an epiphany, that I will keep forever.

3) It’s hard to work when you have no feedback. Starting a blog is easy, it’s keeping it running that proves difficult, with fewer comments than the fingers on my hand I didn’t have the feedback necessary to continue, I didn’t know what I was doing right and what I was doing wrong…It was difficult to get of the ground (and I’m probably still on the ground). In the end I use the only feedback mechanism I had, which was GoogleAnalytics, by picking up which blog post got more hits and which ones didn’t I was able to learn a few things. That being said, it would have been nice to get a few comments here and there on my blog posts :(.

Delivered some successful projects for Shell

Yeah, I do this every year. This year I delivered 2, one in Singapore where I spent a good portion of my time this year. I realized that for all our similarities we’re still so different from one another. Yet, people are the same wherever you go, what a conundrum.

Went for my first job interview in nearly 5 years, got a great job offer but turned it down

This one actually follows off the next key accomplishment of using social media more. I was approached by a couple of people on LinkedIn to apply for jobs, my latest guess is probably 6 job applications with only one of them moving on to the interview stage. Which is quite a bad number, until I realized that the other 5 job applications were to recruiters and head-hunters rather than company recruiters.

I need to go a bit off-tangent here to explain my policy towards these guys and why I’m so skeptical. Recruiting firms (or at leas the ones that contacted me) never tell you which company you’re applying for. Sometimes they don’t even have a job description and they almost never tell you the salary range of the job. Now with so little information from them, they expect you to spill the beans on yourself, meaning they want YOUR current and expected salary, they want YOUR place of work and YOUR resume, yet offer you almost nothing in return. I believe this stems from a way of thinking along the lines of “I’m offering you the job, do what I say”. Which is ridiculous this isn’t what 1900’s this is 2011. Information should be shared both ways, not just one. Among other things this huge Asymmetry of information puts the applicant at a severe disadvantage, the worse part is that these recruiters almost never tell you didn’t get the job or why, they work of the concept that “Don’t call us, we’ll call you”. So with that I’ve stoped applying for anything through recruiters, and encourage you to do the same.

If you wanted my expected salary to ensure we’re not ‘wasting time’. Why don’t you tell me the salary range of the job first and I’ll tell you if that’s what I expected.

If you wanted to know if I can work in KL, that’s a fair question and I’ll answer that.

If you want a resume, you’ll have to give me a job description first.

If you want to avoid wasting time, you actually need to give me the companies name first, because there are companies that I refuse to work for regardless of the pay they will offer. If you can’t ‘trust’  me with the name, how do you expect me to trust you with my personal details.

OK, enough venting. I actually interviewed at this Australian company and it was a great experience, and the people there are really great. They’re doing a whole bunch of innovative stuff, and I’d recommend anybody to work for them. Unfortunately, things didn’t really pan out, and we didn’t even reach the point to negotiate salary yet, but the entire process was fantastic and one of mutual respect and trust.

I started using Twitter, and went from 0 followers to about 380. That’s still pretty low, but I’m slowly but surely building that up.

My LinkedIn connections finally crossed the 100 mark. For a guy who worked his whole career in just one company that’s  a pretty decent number I think, although obviously it can be improved and I’m working on improving it.

I even posted my resume on the cloud.

Tried my hand at cooking

Ok, so the food still looks horrible and either taste absolutely bad, or completely bad, but I’ve got no illusions of Grandiose, I’m pretty happy with the progress and judging by yesterdays chicken curry there is some good improvement.