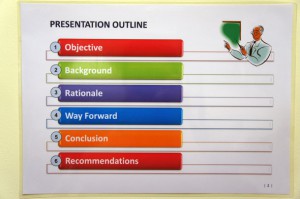 On April 12th , 1861 Confederate forces attacked Union Military installation named Fort Sumter in South Carolina. The attacked marked the beginning of the American Civil War, and the United States of America would never be the same. The war was about more than just a secession from a Union, it was about preserving the right that every man was created equal and that no man or woman would ever be ‘owned’ again. In just over 140 years later, the United States of America elected their first Black president.If ever there was a war worth fighting for, it was the American Civil War. The Abolition of slavery was a law worth fighting for, it was worth preserving, even till death.

On January 16th, 1919 the same nation passed a law outlawing ‘intoxicating liquors’ as part of the 18th Amendment to it’s constitution. The law in part was done with the best intentions at heart, in removing what was seen as a scourge of society, removing alcohol it seems would remove the scourge completely. Unfortunately, the law had a devastating side effect, with the prohibition of ‘proper’ liquor, Americans resorted to drinking moonshine liquor, some of which tasted so horrible it had to be drunk with Coke to make the drink palatable (the next time you drink a Jack Daniels coke remember the 18th Amendment). No only was moonshine so horrible to drink, almost all of it was manufactured and distributed by gangsters spread out throughout the nation, most famously Al Capone of Chicago. With gangsters running nearly every city of the country, they began to fight for territory climaxing at the very infamous St. Valentines day massacre, it was this massacre and the hundreds more like it that literally forced the American Congress to repeal the amendment. It remains till this day, the only Amendment of the American Constitution to ever be repealed.

The law hopes to ‘regulate’ computing professionals in Malaysia, by requiring them to ‘register’ with a body before they can practice their ‘profession’. The draft of the law can be viewed here.

This is IT, not medicine we do not need regulation. Under this law it would be illegal for Mark Zuckerberg to be a IT Professional, because he didn’t graduate from college…or even Bill Gates. Under this law, I can’t blog about technology because I’m not register (and never will). Under this ridiculous law the thousands of IT professionals throughout the country who have no degree whatsoever, but a passion for technology and the knowledge to back it up….wouldn’t be allowed to ‘practice’ their profession.

This is IT. We don’t need a ‘Bar Council’ that imposes strict exams like the CLP to ‘limit the amount of lawyers in the country’. We don’t need a ‘Bar Council’ that engages in anti-competitive behavior by regulating the price of Conveyancing in this country…why should I pay a lawyer a percentage of my house price for conveyancing when the effort is independant of the price? Think about that the next time you fork over 2% of your house price to a lawyer.

This is IT, we like to innovate. IT is constantly in a state of innovation. Maybe we don’t innovate as much as the Malaysian law-makers do (650 amendments to the Malaysian Constitution in barely 60 years), but we like to innovate. The best Malaysian tech company to date is Jobstreet, and truth be told they’re not doing that good a job. For innovation to truly occur standards need to be broken, rules need to be ignored and people need to push the limits, it is through this innovation that jobs are created, success is achieved and lives are changed. Regulating an industry that changes so quickly is just stupid.

This is IT, the Apollo guidance computer(AGC) had a clock speed of 1.8Mhz, it had 4kB of RAM, 32Kb of ROM and was written in Assembly. This is hardly enough to be an MP3 player, and wouldn’t even be able to boot up Angry Birds, but it was good enough to get 3 Men to the Moon and back. Today the AGC would pale in comparison to any machine, in an age where even I can spin up a supercomputer on Amazons Cloud for about $2000/hr, things have truly changed. How can you regulate something that changes so quickly, it’s like saying your driving license from 1961 qualifies you to fly an F-18. The difference between the cars from 1961 and an F-18 is no where near the difference in IT from 1990 till today (in just 20 years).

This is IT, 20 years ago there was no Google. Today their worth 200+ Billion USD, which means it’s roughly the size of Malaysias 20 largest public listed companies….and it didn’t exist 20 years ago.

So why does the government want to introduce a bill to regulate an industry that moves nearly 10 times faster than a government ever could..?

With a few more approval processes in the way there’ll be a few more places for bribes and controls to be enforced, granting more power to the central body and removing powers from the common man. This allows a central body to decide who can and cannot run IT in this country, thus allowing a gravy train to continue. We may see the point where the ‘real’ IT professionals have to engage ali baba companies to get work simple because the licenses aren’t available. We may see anti-competitive behavior from the central body by setting ‘standard pricing’ for man-day charges of server installations..etc etc (just like conveyancing in the legal profession). We may see IT begin to crumble under the beauracratic load of stupidity all around.

To top it off, we may more and more power point slides with clip-arts and ‘pointy clouds’ crudely inserted into every available white-space. Apologies for the loong post. This is one of topics that combines my love for politics and technology…and history as well.

Pictures courtesy of a brilliant article from Lowyat.net [here]