Similarly, TechCrunch reports that Google has gone after a couple of rather confusing typo domains that look remarkably similar to Youtube. Although not so similarly, Google is making a request for control of the domain rather than suing the pants of those cybersquatters (which it probably should), and not so similarly Google has a much stronger case.

In Googles case it’s a clear cut case of some guy buying domains that are just one letter off youtube.com, for instance:

Now this isn’t a matter of mistaken identity, it’s a just a simple matter of if someone missed out a letter while trying to browse to the site, they’d see something, which looks almost unmistakably like the official youtube page (with a survey instead of videos). 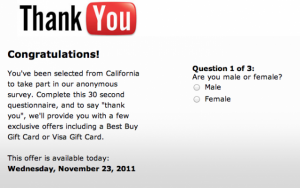 Obviously this page is meant to mislead and the owner has no usage of the domain other than to mislead potential visitors to youtube to fill out this survey. So Googles case is a lot more clear and straightforward.

Facebook on the other hand, is scaring some blogger in Indonesia who merely took the facebook design and made a wordpress theme around it. Suing someone for taking your website design is just silly, especially when it’s a matter of a multi-billion dollar company suing a regular-joe blogger somewhere in Indonesia, the whole thing just smells of cyber-bullying. Plus the theme was given for free and he wasn’t profiting from it.

The idea that facebook own the profile design may sound a bit uncomfortable to stomach, for instance can facebook sue Google+ for stealing their ‘overall’ design, you must admit it looks pretty similar, with the exception of the color. Plus the blogger in question never meant to mis-lead anyone merely for people to have wordpress sites that look exactly like facebook, and for those that use the argument that “anyone can now take the theme and use it for illegal purposes” doesn’t really understand that any ‘criminal’ who can’t even create their own themes probably don’t pose a big security threat to anyone.

The biggest problem I have is the six figure settlement fee, which is facebook sticking it to this guy with the “I’ve got more expensive lawyers than you” , and facebook instead of reprimanding the guy went straight to suing….I just can’t stand it. I’ll say it again, sounds way too much like cyber-bullying to me.

There is no reason for facebook to feel threatened by this theme, yet they’ve got the lawyers on standby, suing this guy to the point of bankruptcy. Shame on your Mark Zuckerberg, you may be the most popular figure on Google+ but you’re a minus in my book (that was a really lame analogy).

To give you an idea of what smells like facebook looks like, here it is, you can also check out the theme preview here (if it’s still there by the time facebook wipes this guy clean) 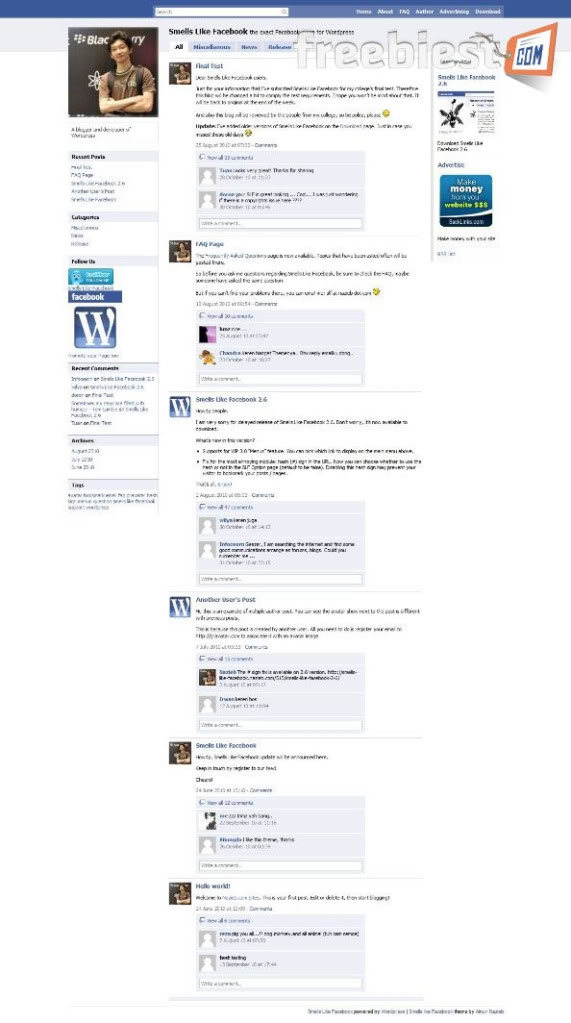 Thanks to TechCrunch for the Google news and wpCandy for the Facebook news.