Imagine for a moment you’re an ancient social activist, somewhere in Babylon or Persia, or even ancient Rome, and you’ve just uncovered a secret of money laundering among elected officials. Armed with this information and a burning desire to expose the elected official you march out to tell the world of his exploits and hopefully stand over him in the expectation of swift justice to be executed.

How would you do it?

If you like most ancient social activist (if ever there were) would go out to the streets and shout it aloud, you’d meet the judges and the kings, and you may have your story heard. However, if you were known to be a troublemaker (as most social activist are) you’d probably not be taken seriously (at best) or even executed (at worst). This was how it was in the ancient world, where money bought power and the control of information was strongly held by those with power and by extension the money.

Then somewhere along the way, the Chinese invented printing. Now before, if you wanted to publish a book, you’d need to write (or hire someone to write) out each individual page…over and over again. This was a time-consuming exploit which required intensive labour and funding, something only the elite few had back in the day. So in essence only the rich could spread their thoughts. However, with the invention of the printing, the Chinese made it so, that all you needed was for a artisan to carve out a piece of wax, and then you could print and re-print multiple copies quickly and cheaply. Printing was the first information super-highway, it allowed you to really publish to the masses it changed the face of information forever.

However, Printing wasn’t cheap, for the Chinese they had Chinese characters  to write, and hence each wax carving needed to be hand-crafted by an artisan who was literate (not the average joe of the street) and while it was efficient it still wasn’t cheap.

That was when movable type came into the picture, movable type is probably the single greatest piece of technology the world has ever seen. Once again, this was invented by the chinese:

Movable type is the system of printing and typography using movable pieces of metal type, made by casting from matrices struck by letterpunches. Movable type allowed for much more flexible processes than hand copying or block printing. (source wikipedia)

Now Movable type made it easier to print, but still it took a lot of effort, full scale mass-production and cheap printing came only till a man named Johanes Gutenberg steps into the picture

The printing press was invented in the Holy Roman Empire by the German Johannes Gutenberg around 1440, based on existing screw presses. Gutenberg, a goldsmith by profession, developed a complete printing system, which perfected the printing process through all its stages by adapting existing technologies to printing purposes, as well as making groundbreaking inventions of his own. His newly devised hand mould made for the first time possible the precise and rapid creation of metal movable type in large quantities, a key element in the profitability of the whole printing enterprise. 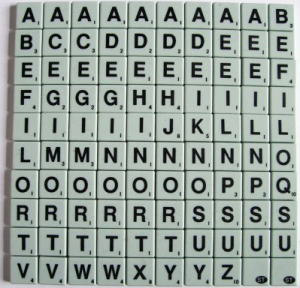 Think of movable type as printing with scrabble tiles. Each scrabble-like tile was arranged to form words which form sentences and then entire pages, all on a metal sheet which could then be re-used to re-print as many pages as you could afford. Movable type existed in China and Korea nearly a century before Gutenberg. “The problem is that the Chinese (and Korean) language has tens of thousands of distinct characters, while the latin alphabet translates it’s sounds and speeches into a small set of marks (26 letters in the English Alphabet can uniquely spell out every single word in the language) , making it perfect for mechanization” (Ellen Lupton, Thinking with type)

It was with these scrabble-like tiles neatly arranged on metal sheets that Gutenberg printed his famous Gutenberg Bible.With this blend of Chinese technology and the European alphabet, printing really took off, and books were beginning to fly of shelves , because the barrier to publish a book had been greatly reduced. Soon Newspapers begin to appear, and as printing technology became ever more efficient and it’s cost greatly reduced, the invention of the newspaper began to prop up.

However, none of these inventions would have helped you as a social activist uncovering a plot in ancient rome, yes you could try to get a newspaper to publish your story, but that’s easier said than done. Newspapers in most countries lean to a political affiliation and depending on your scenario it may be easier to just shout the news from the street…which would still get you executed.

Now sometime later came the marvelous invention we now call the internet. An amazing information super-highway that was suppose to bridge all gaps and allow you publish to the world, but that wasn’t the case. At least not in the early days.

In the early days you had internet access, but you couldn’t publish anything just yet. Your best bet was a message board somewhere, and possibly some email list you could spam, not the dream envisioned by the internet.

The last piece of this amazing puzzle comes in the form of blogs, as we approached the late nineties the best you could muster up in terms of websites were from sites like Geocities and Angelfire. I remember my angelfire account, where I could hold 5 webpages and up to 2MB in storage, and that was probably one of the best web platforms around. Now this was a remarkable step, because now you could publish for FREE! , just like printing reduced the barrier for publishing,  sites like GeoCities and Angelfire did just that for website publishing.Think of it as pre-historic blogging. 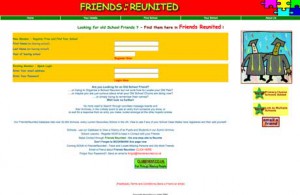 If you were around back then you’d know it wasn’t all journalistic utopia. It was ugly, websites were ugly, and personal websites even more so. The reason being was that you had to write your own website in HTML, and most people don’t like to code and it showed in the ugly comic sans filled, light-blue background websites that typified the 90’s. While there was no financial barrier to publish, there was a technological hurdle you needed to cross, and that hurdle was to learn html…nobody had inclination or the time. So all you got was corporations publishing content online because the average joe of the street didn’t have the inclination to learn html.

Fortunately, as the 2000’s approached things begin to change. Blogger started to pop up and now you could blog for free, and publish you content online, and soon open-source platforms begin to emerge. With the financial barrier crossed, the last bit of puzzle was to solve the technological one, and many communities (and companies) were working on platforms that would be so user friendly anyone could start to blog.

As time went on, and maturity in these platforms settled down, two emerged from the pack. One of them is blogger, that was procured by google sometime back (still don’t believe google is changing the world?) and the other is the all time champion WordPress. (now Movable type fans, please take a seat, your favorite platform is good but not really free)

We’ve reached a stage where you can publish your content to the world for free, and do it without having to learn a new language. WordPress truly revolutionize the way blogs work, and that’s why it’s so important. Now anyone with even dial-up internet connectivity can post their thoughts to the world, that’s the last piece of the promise the internet made..fulfiled by wordpress.

Remember that social activist back in rome, without WordPress and blogs he’d still be executed. But now he’s able to publish to the whole world and keep his content online forever with just a click of button. That’s the game-changer, while the internet promised freedoms we now enjoy, wordpress was the enabler of those freedoms and without it, we’d all just be shouting in the streets.