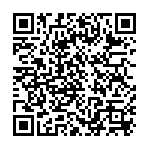 Ever wonder what that funny looking Barcode thing on newspaper ads and beer cans is? Well it’s called a QR code and it’s a fad that catching on. Just like a barcode that encapsulates information into lines of varying size–remember that thing cashiers scan at the checkout aisle? A QR code is exactly like a bar-code but in 2 Dimensions rather than just 1.

A QR code encapsulates information into a digital block of black and white squares. However, unlike barcodes that are single dimension across one line, a QR code is 2-dimensional across both length and height. That extra dimension however, allows it to store FAR more data than a regular barcode. This extra dimension is why some call a 2D-barcode.

QR codes act like barcodes, but instead of storing numbers that need to be deciphered, QR codes store actual information in text form. So for instance the bar code for a bottle of Orange Juice would be deciphered as 11232323 , and then the supermarkets computer would tie that number to the price and description of the Orange Juice. From my previous knowledge of working with these things, I believe their called SKUs.

The QR code for the bottle would be deciphered as, Sunkist Orange Juice 5L: made in America. With all that information in text form, rather than just a number to be looked-up.

How do QR codes Work?

So how does it work? Simple, you scan the code with your smartphone or any other applications, and it then decodes the code to it’s text form. The cool thing though is the code can be used to represent a url like http://sunkist.com/5L_Orange_Juice, so you could visit the site for more information once you scanned the code without typing in anything. This is especially important in two ways:

2. People don’t like browsing your site for the information they need.

A QR code bypass-es that need by taking the scanner to the actual page with specific content on that specific product. Without the user typing OR browsing. That’s cool!

Another use that’s catching on is for business cards, so your contacts could immediately store your entire contact information like name, address, email, phone number..etc, just by scanning the QR code on your physical business card. It’s less error prone, and much quicker than typing that information from the card itself.

So for instance, that QR you see at the top left of the post, stores my name, my email address and my homepage all in one. If you download a QR scanner program for your iPhone ( QR Reader @ free, Optiscan @1.99 , QR Scanner @free) or for your Android Phone (Quickmark @free) , then your phone can start reading QR codes. Simply point your phone to a QR code, and the program does the rest, even snapping it once it understand the content of the QR code. For example, if you’ve got any one of the programs mentioned, just point your phone to that QR code over there and snap, instantly you’ll see my details appear as contact information and it’s ready to save as a contact. COOL!

Too much data on a QR code is Bad

All is not that great though, certain phones and certain programs don’t work too well with high content QR codes. In fact the more data you try to cram into a QR code the more likely it’ll fail. That’s why I refrain from including linkedIn or Twitter information into the QR codes, so the less data you have on your code the more error-resistance it becomes. The size of the code also plays a role (I think), the size of the QR code in this post is 150px by 150px. So it depends on your screen resolution as well as your phone camera resolution to be able to decipher the code. That being said, most of the QR Codes I made had no problems at this resolution, although I only have my wifes iPhone to test with.

I’m also venturing a guess that the 3 dark squares on the sides of the QR code, help determine it’s orientation, so the software can decrypt the QR whether it’s up or down, sideways or…well you know what I mean.

How to create a QR Code

There are loads of website that help you create QR codes for just about anything, my favorite is Zxing, it uses the google API to generate it. So that once the QR code is generated you can modify the link to adjust the size of your code. It’s pretty straightforward and doesn’t require any explanation. Try it yourself.

I’ve just entered a QR code on my resume with my contact information. It probably doesn’t help much, other that say “I know what QR codes are and what they can do”.  It does however separate me from the rest of the pack, and it gives my resume a unique outlook. I doubt any recruiter is walking around scanning QR codes with their iPhones, but if I’m applying for IT position in social media, it does show of a skill that’s only just surfacing.

QR codes are a cool and easy way to store text based information, specifically contact information. They’re faster than typing and with the ability to store urls allow users/customers to start viewing your product immediately. They’ll replace barcodes one day–just you wait and see.